A big happy new year to everyone. I had planned to write this post a few days ago so that I wouldn’t need to write hungover, but unfortunately that did not happen. I refuse to admit that this was down to bad planning, rather I decided my time would be better spent with family! 😉 As a consequence, I am currently feeling very sorry for myself and am the most hungover I have been in a LONG time. Please excuse any mistakes as I am not planning to proof read this post after I have finished!

I have discussed change a lot recently on SavvyScot. The 10 part ‘Change Your Life‘ Series focuses on ten different areas:

Goal Planning for 2013 justifies why I believe we should set goals instead of make resolutions.

Although this guy was undoubtedly being a bit of a smart-a*se, he does have a point! That said, 99% of the world wouldn’t agree with him and have set themselves hundreds of new resolutions as 2013 promises to be the answer to all the things that went wrong over the past year! As I swipe through my Facebook news feed, there are 100s of resolution statuses – most of which are totally unrealistic:

Among others, I have come across people that are going to give up drinking/smoking completely, some who are never eating sweets again and someone else who is not going to watch the TV this year.I consider myself an extremely positive person, however all of these individuals who are procrastinating are alcoholics/sweet addicted junkies/couch potatoes. Where are the realistic resolutions? If you are obsessed with drinking coke, you don’t want to make a goal to give it up completely. At least not at first. A better idea is to make a smaller goal first – perhaps limit yourself to one can a day for January, three a week for February, one a week in March etc.

This has two benefits:

By gradually quitting a bad habit / making a change, your body and mind learns a new behavior. It is given time to adapt and is far more likely to succeed! Behaviors are hard-wired and are NOT easy to change!

Instead of setting resolutions to come into immediate effect, why not aim to quit the habit in 2013? That way you give yourself a much better chance of winning.

And so we come to talk about finances. We can apply the exact same approach to quitting a bad habit to reducing spending. If we have developed bad spending habits over the last year(s), we need to make the start of the change today instead of conquering it completely. I am not suggesting you go from eating out 3 times a week to not going out at all, but instead let’s work on a more realistic approach. Reduce your eating to twice a week, then once, then every two weeks etc. Slow and Steady Wins the Race! This approach can be used on all your goals: from health and fitness to learning. The point is, use the year to make the change instead of going cold turkey (no pun intended) and failing half way through January. 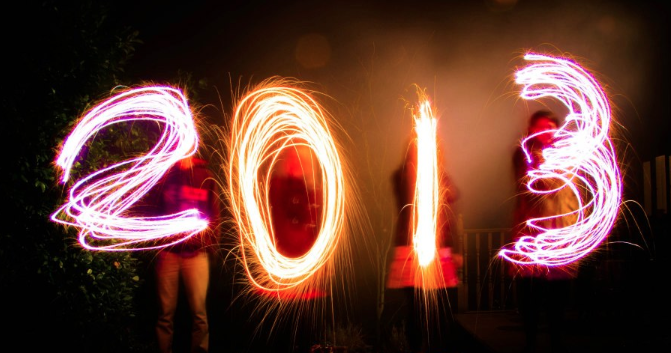 Oh and just because I am a nice guy, I am giving you the chance to win $100. If you are interested in participating in future giveaways, click HERE.

What is the funniest Facebook Resolution you have seen this year?! 😀