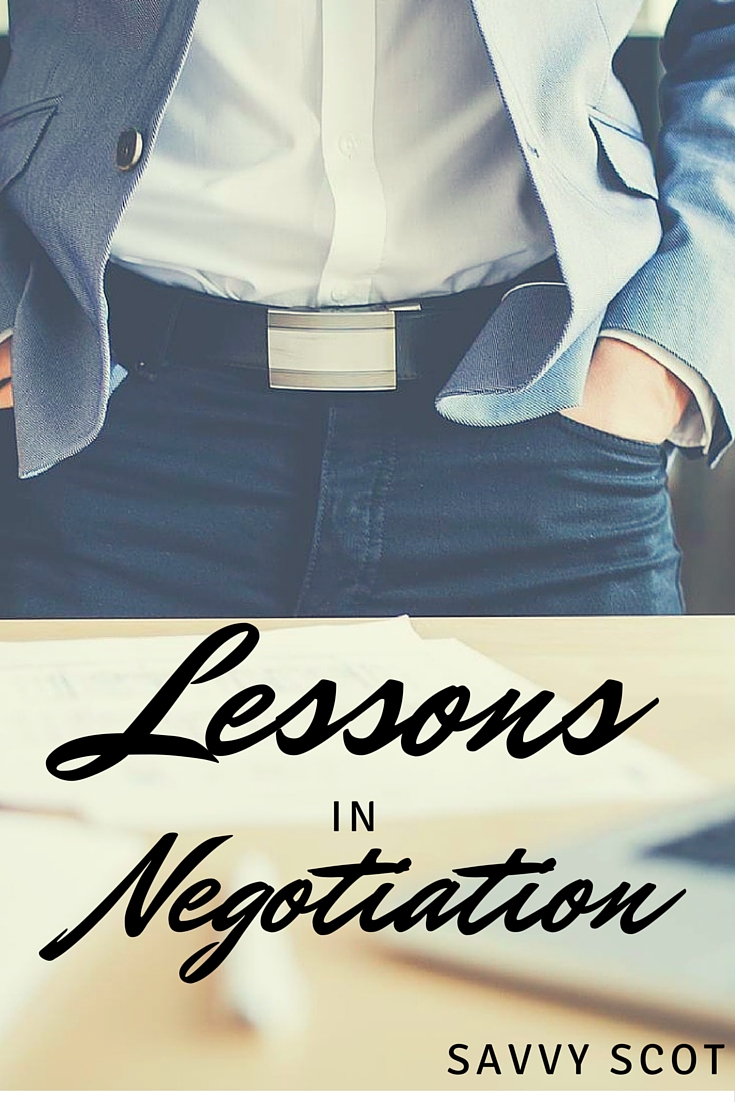 As I mentioned on my last post, Mrs Scot and I decided to take out a contract at our local gym. With some successful experience in sales (through a part time job), I consider myself to be quite a good negotiator and my secret is to use a diverse range of tactics.

I’ll start with an example. When holidaying abroad in Thailand, it is very hard to get a base price for items. It is not unusual for street vendors to start at over 10 times the normal selling price of an item. They negotiate a little, the customer leaves delighted, thinking they have got a deal, yet the street vendor has still made 5 times the profit they should have! The first question you should ask yourself is always –

How can you establish a base price?

This is an interesting question, but is actually becoming easier and easier. Do some research, search google, search tripadvisor, forums, search online stores. (I always have the amazon app open on my phone when shopping – Mrs Scot cringes at this sometimes)!! When in Thailand, I found a blog written by expatriates who listed rough cost prices of various tourist items. When you know the base price, you are at an immediate advantage.

We all know rough negotiating skills: start lower than what you are willing to pay and meet somewhere in the middle, but HOW DO YOU GET THE EDGE ON A NEGOTIATION?

I turned up at the gym on Saturday with full intentions of signing up. Upon arrival, I told the receptionist that I had forms waiting, which I had to sign in order to join. This led her to go into the membership office (probably saying that 2 people were here to join, hence causing excitement) and get hold of the lady that we had previously spoken to. I told the sales lady that we had thought about it and would like to go through membership options. I reiterated the pricing that I had already negotiated with the sales manager and told her that I was not interested in paying a joining fee. She agreed that she could get rid of the joining fees and give us the remainder of this month free. She told us that that was the best possible price she could do for us. After some small talk, I mentioned that we had also had a look around Virgin Active (I don’t even know where the club is) and that they were offering couple’s membership for £90 a month. (I had checked the website, called the club and negotiated with them – I knew the base price). I said that I really liked this club and that the staff all had great attitudes (compliments work well) but £10 a month was a significant saving. I then asked her straight – Can you do us a deal to match them. She actually looked a little embarassed – I had caught her off-guard and I had strong reasoning behind my request.

The lady went back into the sales office for about 5 mintues and came back with a counter offer of £45.50 each per month (£91 total). Given that she had already agreed that we would get the rest of April free (10 days or roughly £30 worth) I quickly calculated that we had been offered a better deal. We shook hands with a friendly smile and resumed the small talk. I transitioned from a charming customer to a hard-talking salesman and back again. And it worked beautifully! I would have been prepared to pay the £100 a month, as the gym is a 1 minute walk from the house, but now I don’t have to! 🙂

Do you have any similar stories of where you negotiated a good deal? Or maybe you got horrendously ripped off?