A few days ago I wrote a post titled: On Presents, Presence and Happiness. This post has surprisingly proved to be very popular and a lot of you wrote some pretty nice things about it, for which I am thankful! I spent a lot of time reading through the comments and some of them really got me thinking..

Drew over at Objective Wealth said something that really evaluated the post nicely:

Drew is right – it is definitely not altruistic and I guess there is a lot of self-pleasure in buying people the right gifts. Perhaps I am still a little bit selfish in that I pick gifts for others to feel good about myself. What the heck though – it’s a win-win situation!

‘It’s about being meaningful in the gesture and not self-serving’. Very Profound KK – but also very true. I am going to make a conscientious effort to ensure that the things I do for and with my family this year are not self-serving. Things like hoovering the stairs for my mum in addition to taking her out to lunch. I’ll make a point of doing things that from which I have no direct benefit!

Curious About The Gifts That I have Bought?

I mentioned last post that I would be buying things for others that were meaningful. I feel it is important to buy gifts that others will cherish and understand the thought put into it (not very altruistic I guess). You might find this quite boring – so skip the following if you are not interested.

An Owl Hot Water Bottle and an Owl Frame. For a beautiful lady (my grandmother-in-law) who has a love of pretty items with owls on them. The frame will likely end up being filled with a picture of Mrs Scot and I on our wedding day.
Total Cost – £20 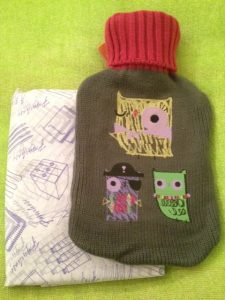 Flowerbomb Perfume. For my amazing mother-in-law, one of her favourite fragrances.
Total Cost – £55 (£30 of Tesco Clubcard vouchers used (reward points) so £25 out of pocket) 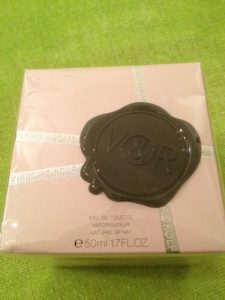 Jumper. For my own fantastic mum who has a love of long baggy jumpers and strange designs!
Total Cost – £35 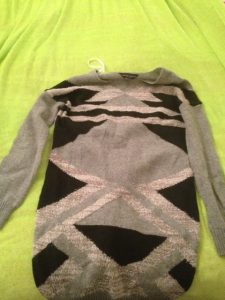 Limited Edition Art Print. For my Dad who loves taking photographs and beautiful pictures. This is quite a special piece and although slightly above our budget, is a prime example of buying the right present and buying a present. To be honest I quite like it myself… maybe he won’t end up getting it! 😛
Total Cost (including frame) – £70 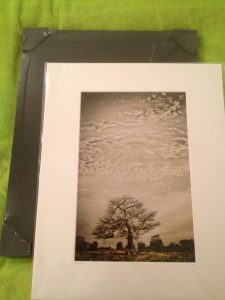 Sony Headphones. For my father-in-law, for whom we bought an iPad last Christmas (his favourite present he has ever received and which he has used everyday) some accompanying headphones.
Total Cost – £40 (were £70 in all the shops that we visited at the weekend, so I ordered them from Amazon instead)! 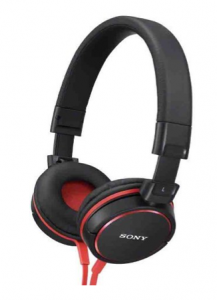 Mixology Starter Kit. For my brother who fancies himself as the latest cocktail guru (don’t ask)!! Maybe he thinks this is a smooth way to seduce the ladies?! Haha
Total Cost – £15 + £10 for additional book via Amazon. (£60 in shops). 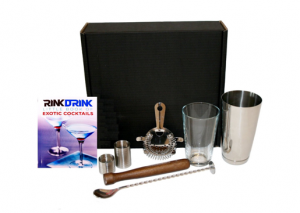 This summarises our purchases to date. I would tell you what I am getting Mrs Scot for Christmas and what I have bought her for ournfirst anniversary (which is on Monday), but she reads this blog from time to time and I wouldn’t want to spoil the surprise. The theme for 1 year of marriage is Paper. Any guesses?

How I Blagged a Sweet Discount

So one last story for you all.. I have a very fancy work Christmas Party this weekend and while I can wear my kilt every year and get away with it, I see this as a great opportunity to treat Mrs Scot to a new dress each year. On occasions like this, Money is no object. Well that is a total lie; Money is no object in certain stores!

Anyway, after about four hours of Christmas shopping combined with an extremely heavy night out last weekend, we still had to buy a dress. I refused to leave it to a last minute panic and I was adamant that we had to find one on that trip. We checked Debenhams (a big department store) and to my excitement, they had a 20% off party event sale! Delighted at the realisation that I was going to be getting a pretty decent discount, I started assisting on the hunt for the perfect dress.

Unfortunately, our search in Debenhams ended pretty quickly, as there were limited sizes available and we had to leave the store. I wasn’t too worried about this given that we were in one of London’s largest shopping centers (Westfield White City) and there were plenty of other stores. I suggested that we try Coast (the dedicated store of one of the concessions in Debenhams) and Mrs Scot quickly found the perfect dress. Not only did she look stunning, but it fitted perfectly and (most importantly) she loved it.

At this stage, I hadn’t bothered to look at the price tag (all the dresses in coast cost a maximum of £200) and took it to the till. I was just relieved and excited that we had found the perfect dress! It was no real shock when it rung through at £150. I was just about to put my card in the reader and pay when I thought hmmmmm…

Don’t let the satisfaction of finding the perfect dress override your frugal mindset!

Although I was 100% prepared to pay the full £150, I realised there was no harm in attempting a little bit of negotiation. I mentioned that Debenhams were offering a discount event – of which their concession was a part of – and that I would like the same deal. The cashier replied that this was completely separate promotion and that they couldn’t offer the same thing.

The conversation continued and I ended up asking her to speak to the manager and that I was disappointed that they were not willing to price match their own concession. She disappeared for a while and came back with a solemn look and mumbled that her manager had agreed. RESULT!!

That’s right… for whatever reason, I ended up getting a 30% discount and saved £45!!

Moral of the Story – No matter how happy/sad/emotional you are, never forget your frugal mindset! 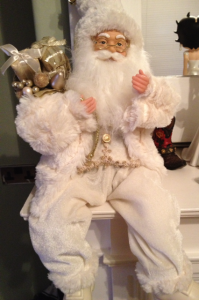