For as long as I can remember, the US have loved a law suit. Whether it be slipping at work on a newly cleaned floor, or being offered incorrect advice from a ‘professional’; lawyers certainly have a lot of potential business. In comparison, UK courts  have been relatively inactive; it has always been rather uncommon to file a lawsuit in this country. But perhaps it is only now, as families are hit harder by the recession than ever before, are we seeing a new approach to injustice.

As we move further into a digital age where claims are more transparent and information / case studies are easier to find, it seems that everyone wants their slice of the compensation pie! The National Health Service (NHS) have a whole website section dedicated purely to complaints and perhaps it isn’t a surprise that the UK taxpayer have been paying medical negligence claims of over £15 BILLION per year! Is it fair that the NHS has been forced to cut almost £20B of its bill in savings, yet has to pay out over 3/4 of this amount to compensate existing patients? 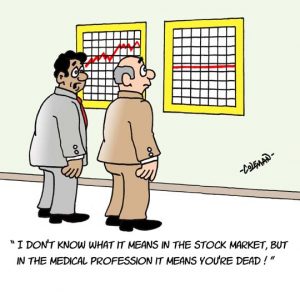 They Have GOT to Get it Right

The bottom line is, we indirectly pay for this ‘free’ medical service through our taxes. Should we accept second-rate medical services because doctors and other medical professionals are working for the state? Why is it that when we use private health care that we get so much better service? Can the NHS not afford the good doctors?

To be honest, this is definitely part of the problem. The best doctors naturally go to the highest paid positions. Like anything else, those with more money have access to better services. If you are willing to pay more, you can get the best doctors. Why do the best physiotherapists work for the UK’s top football clubs? I am certain it is not because they support them; rather they get the best money.

I had a friend growing up whose father was a consultant specialising in podiatry (foot doctor in layman’s terms). He worked three days a week for the NHS and worked a couple of days from home with private patients. I don’t know his exact earnings, but my friend told me that he earned more in a week from his private patients than he did in a month from the NHS! The difference in income is staggering and quite frankly I don’t blame him for taking on private patients.

It may come as a little bit of a surprise to you if you don’t already know this, but doctors working for the NHS are not personally liable. Instead, the NHS itself is liable for any duties that a doctor performs in their contract – the British Medical Association (BMA) outlines the laws and level of cover offered to UK doctor. You can’t help but think that a lack of personal liability might have something to do with the lower levels of care offered by state hospitals. Could it be that doctors who have a large organisation to take the hit – an umbrella to mask them – may not put the same research and effort into their diagnoses? Is it any wonder that so many people are using services such as axiclaim.co.uk to claim medical compensation for negligence? You just need to look at some of the case studies – settlements in the £100,000s or even millions – to realise that negligence is a huge problem in the UK.

Personally, I have private health care which gives me access to BUPA hospitals and medical professionals in the UK. While I hope to never need this, at least I know that I have quality medical assistance available should something serious ever happen to me or my family. The policy in itself buys comfort – a peace of mind – in knowing that we have a significantly reduced risk of receiving second-rate care. Surely a medical professional who can give out advice without being personally held responsible is equivalent to a financial advisor who was giving out second-rate monetary advice? I certainly wouldn’t be happy if I was signed up for duff insurance policies or uncompetitive mortgage products. Rather, I want the best possible deal!

Do YOU have private healthcare where you live? Would it concern you if your doctor wasn’t responsible and liable for the advice you were being offered?