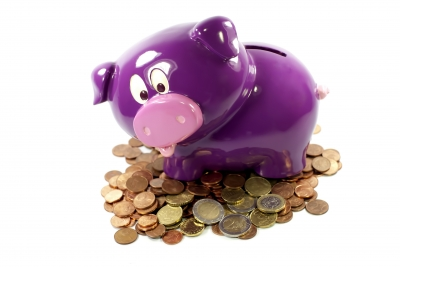 It’s likely that everybody has taken out or will take out credit at some point in their lives. The concept behind mortgages has been around for centuries, but home ownership only began to grow significantly in the twentieth century. According to the Office of National Statistics, 77% of households in England and Wales were renting in 1918, when records began. As of 2013, 64% of households are now owner-occupied.

Since then, the use of credit cards has exploded, changing the way in which we view our money and the way in which we manage and spend it. Credit has become a way of life. According to an article by CardChoices, in 2010 there were over 80 million credit and debit cards in use in the UK, exceeding the population at the time by 20 million. Any adult under the age of 30 is unlikely to know life without plastic.

The vast majority of home owners will have taken out a mortgage, and we all have credit cards. But what is credit, and how has it affected the way in which we live?

The definition of credit is that someone can receive goods or services now, on the agreement that payment will be made at some point in the future, and usually with interest. However, it doesn’t matter whether it’s a credit card bill, an unsecured loan or a mortgage, if the borrower defaults on their payments, it can affect their credit rating. In the case of a mortgage, they can also lose their home.

Why do people need to take out credit? For house buyers, unless they have 100% of the cash, there is no other option than to take out a mortgage. If you’re planning on some home improvements or making a large one-off purchase, an unsecured or secured loan payable over a number of years might be more suitable. Having a credit card is useful if it is managed well. It can help you budget, spread out payments on a costly item and even improve your credit rating.

People also turn to credit when they need a little extra cash quickly, or when paying off existing debts becomes more difficult. Fluctuating interest rates can cause previously affordable payments to become less easy to manage, and this, coupled with changes in personal circumstances such as the loss of a job, has given rise to a variety of specialised types of credit to help borrowers manage and pay off their debts.

These range from high-interest loans of less than a month for short-term cash-flow needs through to unsecured loans that are paid back in a few years and larger secured loans which may last for up to twenty years.

For individuals with a number of small debts who are looking to simplify their repayments, a debt consolidation loan can provide the means to make more affordable payments over a longer period of time, although the amount of interest paid in the long run will be higher.

When it’s impossible to find a loan because of a bad credit rating, there are some specially designed products, usually with a higher APR, on offer. This type of product is often known as a bad credit loan like the one on offer from Evolution Money, and not all lenders offer them.

Whatever the situation, however, a decision to take out credit is a serious one and needs careful consideration.