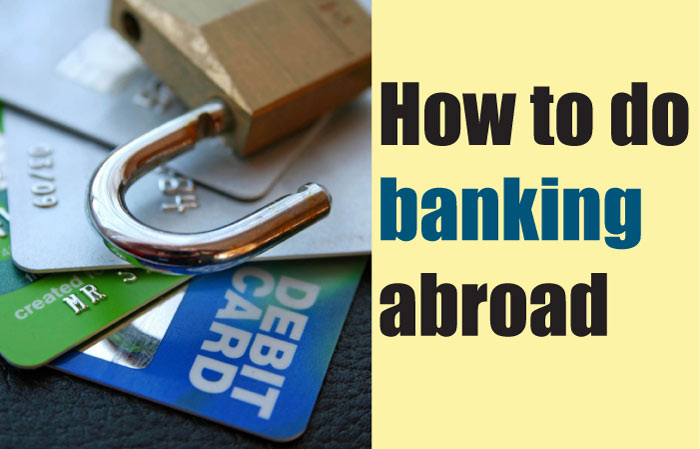 As I have lived in 5 countries and travelled to over 70, people often ask me “how do you deal with money?”. Handling money is a bit different whether you are just travelling once or twice a year to a different country or living in one for extended periods of time, as an expat or retiring abroad.

Since most of Europe adopted the Euro, life for travellers has been made much easier. In an attempt to unify banking transactions, with any French card you can withdraw Euros in any country where the Euro is the main currency, without any fee. Same thing for paying for purchases, hotel nights online and restaurants.

Many banks in the UK offer a Euro account that can simplify things if you often travel to the Eurozone.

Your card usually has two limits, one for cash withdrawals while abroad, and one for purchases. If possible, you should try to pay as much as you can with your card. It will prevent you from having spare change you can’t convert back when you leave, help you keep your transactions tidy in your statement and know exactly where your money went, and it will be safer than walking around with big amounts of cash. Plus you won’t hit your limit for withdrawals and be left without cash unexpectedly.

I am always envious of US bloggers who talk about their credit card rewards, how they score free hotel nights and free flights all over the world. But the truth is those cards are rarely worth taking with you on the actual holiday. You want to bring a card that offers 0 commission and 0 fees on purchases and cash withdrawals abroad. I use the Santander Zero card which does just that, so when you withdraw money abroad you just get charged today’s exchange rate without commission. Be careful though, the interests run from the day you withdraw, so you have to pay your card the same day or you will be charged a hefty 29.9% APR if I remember correctly. This Zero card is extinct but several banks offer similar alternatives, some coupled with a free travel insurance.

The usual fee on a withdrawal is around 3% commission, plus £2 or £3 for every withdrawal, pushing you to withdraw big sums. With a zero fee card, you can withdraw as little as you want, and avoid carrying cash around.

Never close a bank account, but think twice about opening one

When I left Guatemala the first time, I had a few savings and current accounts with a couple of banks, and closed everything, thinking I would not come back. Keeping them with a very low balance would have kept the account open and saved me the trouble, 7 years later, to spend hours begging the bank to open another account for me. In France I had closed my debit card and to get a new one I had to send payslips, even though I was not working in France at the moment. The day you decide to live or retire abroad, you will get to the country having no credit score, no utility bill under your name, no rental contract or property title to prove where you come from. Even your residency will take time. Having a local bank account can be complicated.

On the other hand, if you have a zero fee credit card, you may not need a local bank account at all, and opening one may be a useless hassle. Be sure to understand what is implied with the account, the cost of receiving transfers from your home country, the cost of having a card or the minimum balance you need to leave on the account.

Have a backup plan

Right after being sick or injured while away from home, the worst thing that can happen is running out of money in a country where you know no one, and maybe even are unable to speak the language. While travelling with my mum a few years back, she hit her withdrawal limit and we were out of cash to pay for our hotel until she could call the bank and have it raised. I have lost some cash, have had some stolen, and once my credit card was cloned, so when I called to report the fraudulent transactions, they blocked the card that was still in my hand. Oh and I almost forgot the time when I didn’t tell my bank I would be in Guatemala so the card wouldn’t work until I called them. That is both inconvenient and expensive to make a phone call eight time zones away.

You don’t want to leave your country without a backup plan, which can include

– Bringing a little cash with you. Dollars are accepted everywhere, Euros almost everywhere, Pounds throughout most of Europe and in most big cities around the world.

– Bringing travellers checks. They are a bit complicated to change but if they get lost or stolen you can claim them back.

– Having your emergency contacts in an email. I send an email to myself or keep a doc in the cloud with the bank’s number, and a few close friends or family members who could send a quick money transfer in case of an emergency.

– Having a second card. If you have your main card in your wallet, you can keep the other one in your luggage to limit the risk of losing both at the same time, and can use the other one if you hit your limit on the first. Remember to check your PIN code if you use it rarely.

How do you deal with money abroad?