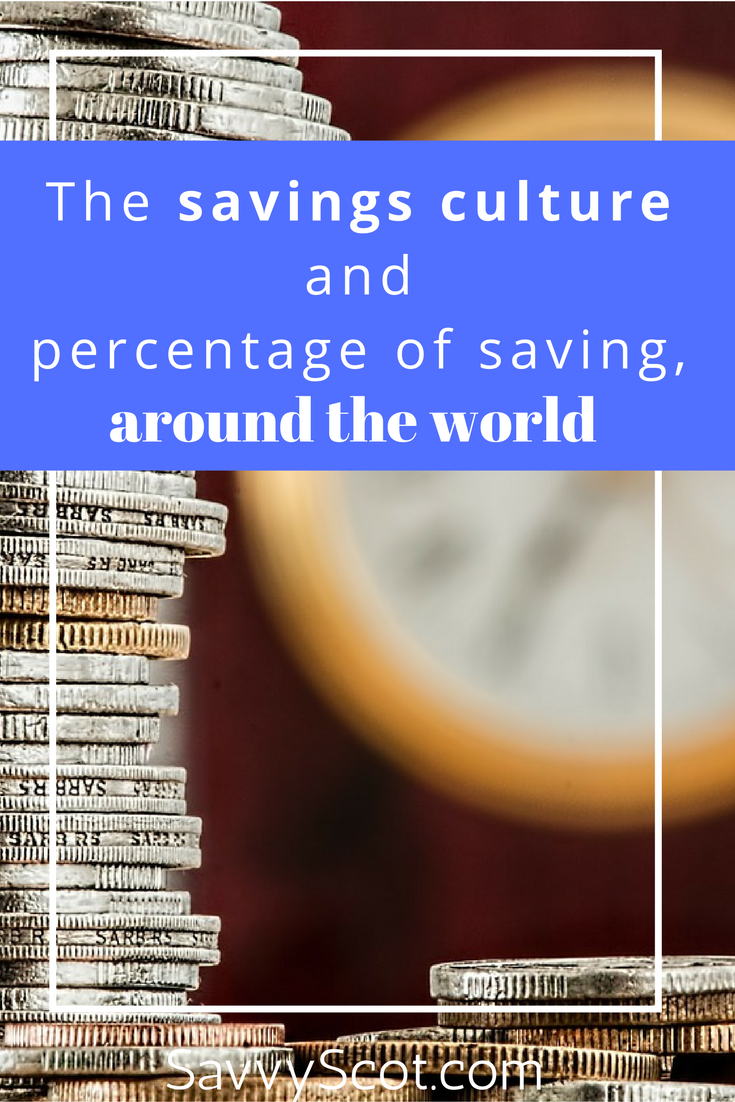 Saving is a crucial part of our financial life. We spend over 1/3rd the time of our adulthood to grow profits. But times will come when we can’t work hard and we need to save up money.

Though this is a very clear idea, not all people save equally. Some save more while others don’t save at all.

To some extent, this is more of a national issue than a personal decision. For example, if you have good health insurance then chances are that you will tend to save less as you feel secure about the future.

Again if your income is very low then saving isn’t an option.

Furthermore, the average savings of each person of a country does affect the country’s economy altogether.

To better our understanding of the issues that influences savings, here is a quick look at the saving culture in different parts of the world:

China has the highest saving rate where people put away nearly half of their salary into savings. Now you have to understand why it so. China doesn’t have a great health-care policy. Not all people are readily covered for contingencies.

As for examples, if you were a Chinese citizen riding a bike and al of a sudden got into an accident; the state health insurance doesn’t cover you. Plus the hospitals won’t even admit you without being paid then and there.

Now if you come from a middle-class family in China then you probably should have half a year’s savings stashed away, because that’s what it will cost you to get treated for surgery and rehabilitation.

But now if everyone has started saving and no one is spending then the companies will start to close down; which can and will cause a huge problem.

Currently, the people of Brazil are protesting over health-care, education and increasing transport costs. But on the other hand, the overall income of the middle class has also risen. This extra income that has arrived is being spent and not saved.

During the 70s and 80s due to the inflation rate, people were spending their money quickly because money got cheaper quickly. This history of the Brazilian people might have influenced their current trend of saving (in this case spending).

Prior to the crisis that England went through in 1825, there were absolutely no savings in England. This is understandable as the prices for houses increased. Statics shows that people went on a spending binge at that time, and household debts spiraled out of control.

But surprisingly now, that the crisis has almost settled down, the country saving hasn’t increased.

Now this is in part is due to the British government and the bank of England. The interest rates are like 0.3 or 0.1 percent after tax on a savings account. It’s likely that people will not be willing to keep money in the banks.

Again you may say that savings aren’t that much important as the British have one of the best “universal” health care systems.