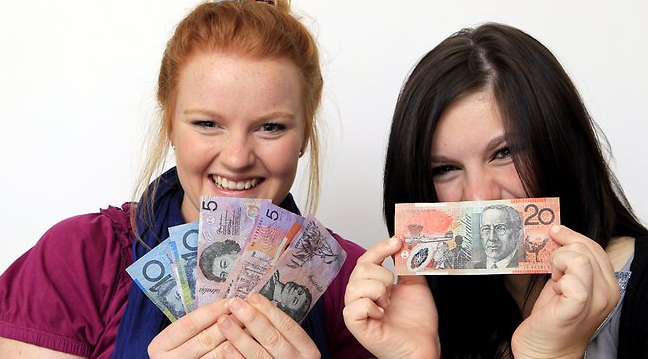 You want the best for your kids, and that is all in your honor. You want them to be spared from the world, to grow without worries about anything, while at the same time preparing them for the responsibilities they will have to face as adults. And that is a very tough job, helping without spoiling. Finding the right balance between providing and going overboard. Is an iPad a must have or a whim? How about field trips? Do they really go that fast through a pair of jeans or did they just ruin it so they can get a fancier brand next time?

In my family, my parents had money but were living in a weird half broke way. There was always money for private school, horse riding and piano lessons, school trips to the US even if by that time my dad, the only income earner, had no job, and on the other side toilet paper use was closely scrutinized, and we had to consult my dad to buy a £20 coat. When we would holiday on a secluded island of the Mediterranean for three weeks every summer, a £20 coat was subject to discussion. I remember being shocked by it, thinking we were maybe broke, but in retrospect I think my parents had two goals.

First, they had their values, and for them clothing was not very important, less so than education, extra curricular activities and travel. Many of the traditional French families think that way. Some own castles but cuddle up together around the fire so they do not have to turn on the heating. My parents didn’t want us to worry about money, but they could not give us all we wanted, and they made decisions based on their own priorities. It was a bit confusing, but they were passing on a message that for secondary things, budget is limited.

The second goal of my parents was to show us that money was not falling from the sky. And in that I think they did a pretty good job. As a teenager, what I remember most about the money talks were “you don’t need this, so if you want it, pay for it”. For example, a pair of jeans was £10 at the supermarket. I needed jeans and wanted the £30 pair of Levi’s? No problem, my mum would give me £10, and I would have to put £20 of my own money on top. At that time, being cool was way more important than making a savvy purchase, although having to work for the price difference often made me settle for an item in between, or just slightly more expensive than the one my parents would pay for.

Another sentence my parents loved was “when you are 18 and out of the house, paying for it all on your own…”. I was so independent it must have perspired to them that I would want to live on my own early on (actually I was 17 when I left home for college and paid for all my things from that day). They only got a 50% success rate on that one as my sister only moved out after college to go live with her now ex husband hehe.

While the sentence was pretty harsh, it clearly said ok, we provided for you for 18 years and we did it well. Now if you want freedom and independence, we do not have to cover that. My parents told me that if I was accepted into a super expensive elite program in college they would pay for it, but I was even able to pay for business school on my own with odd jobs. So I had that safety net that if an opportunity arose I could have them cover it, but they pushed so we would find cheaper and more efficient alternatives to fund our studies.

For example business school was three years at £8,000-odd but I was able to transfer straight to second year and have a company pay for it in exchange for part time work, saving over £25,000. Had my parents been fully behind, I would have had them pay the five figure tuition for the exact same result.

Dealing with a teenager is not easy, and money is a complex topic, so imagine mixing the two. I still think there are money matters that should not be shared with kids, like your salary, mortgage, or your money worries because it is scary for a kid if you don’t have the right words. For example when my dad left his job and failed at building his side business, he declared us broke and from the words he used I basically imagined us living under a bridge. In reality, he had a comfortable cushion to fall on, we just had to be a little more careful than usual but could live for years before he needed to get a job again.

Nevertheless, talking to your teens about money is essential so they turn into financially responsible adults. Giving them strong financial skills is one of the best gift you can ever give them.