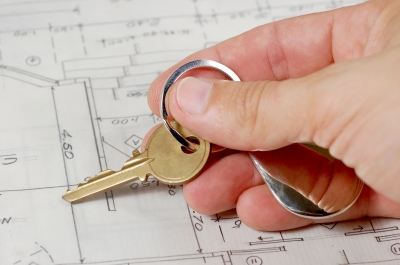 Prices are on the up, which shows strength, but the lack of housing supply is behind the increase.

Yet again, the Royal Institution of Chartered Surveyors has revealed that all is not well with the Scottish housing market. There’s significant demand for housing but the supply of homes simply isn’t there, which is driving up prices and putting homes further out of reach, especially amongst first time buyers who traditionally have the most difficulty in finding a place to live. Price increases do generally show an upturn in the fortunes and health of a market, but it’s not a good situation for buyers. This comes not long after it had appeared that the market was becoming healthy again.

The Rics survey for last month came back showing that almost a third of respondents had seen an overall increase in house prices in their area. This is mixed news depending on whether you’re interested in market health as a whole, or are looking to buy, especially when coupled with the fact that mortgage lenders have tightened their belts in recent weeks and months.

The FCA’s Mortgage Market review, which has played a part in restricting lending criteria, may be having almost as much impact as the lack of housing, despite the best efforts of things like the Help to Buy scheme.

The problems are not going unnoticed however. There are certainly movements to try and resolve the situation, which is widely regarded as one of Scotland’s major economic problems. Next month will see the Scottish Housing Commission release its report on the state of the housing market and this detailed document should produce some recommendations for not only those who set policy, but industry leaders as a whole.

In addition to purchase prices, almost half of all estate agents saw the cost of rent increase last month too, and prices are expected to rise steadily by about 4% per year over the next five years.

Less than a month ago it was reported that house prices had broken above £160,000, putting things back to where they were before the recession and that there was a generally good sentiment about the property market. The Help to Buy scheme in particular was credited with giving a real boost to those who wanted to get into their own homes. It does now seem however, that this isn’t going to be enough, and that the lack of supply will hamper things.

The outlook isn’t particularly strong for the Scottish housing market, but it’s not critical yet either. The situation certainly needs action, and it’s currently unknown whether the Housing Commission report will be enough to spur policymakers into action. Growth is expected to drop from 3.2 percent to 2.2 percent over the next year. This is well behind the rest of the UK, which expects rises of between 3 and 3.6 percent, but may be a reasonably good thing if the shortage isn’t resolved.