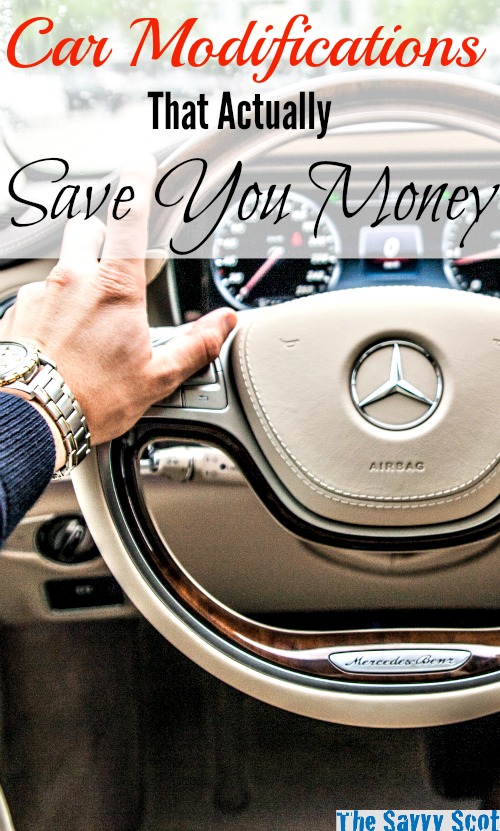 Tons of people love to modify their cars. There’s a car modding subculture that exists in basically every country on the planet. The biggest problem with being a petrolhead is that it’s expensive! Really expensive! At least… it can be.

If you’re modifying your car purely to go faster, that will be expensive. There are no two ways about it. It will cost you lots and lots of money. I know someone who made his Mitsubishi Galant VR-4 do a quarter-mile in 10 seconds. For the amount of money he’s spent on that car over the years, it would actually have been cheaper to buy a used Ferrari.

With all that said, there actually are ways to modify your car and even make money. These are car modifications that primarily save you money in fuel. But hey, many of these will even make your car go a little faster. Regardless, if you have an itch to modify your car – here’s how to do it without going broke.

Racecars have lightweight wheels. And turns out, you should have them too. Light wheels mean less weight for your car to move. Less weight means less fuel required.

Saving weight on the wheels is the best place to save it. That’s because for every pound saved at the wheels is the equivalent of 8 pounds of sprung weight reduced. So get to it. Find a used set of racing wheels and enjoy the added boost in fuel range.

Racecars also have slicks. These provide the best grip since it increases the surface area of the tire. Although slicks are illegal on the streets, you can get similar smooth tires. Search online or offline to get tires that will increase your miles per gallon.

The ‘wingless’ look is very popular on cars nowadays. What you do is you take the rear spoiler off the car. Many people believe this gives the car a ‘cleaner’ look.

Removing the rear wing is easy. Pop the trunk. Take off the interior panel(s). Undo the bolts. Take off the wing. Store it someplace safe for when you resell the car. Cover the bolt holes with either rubber plugs or electrical tape if you want to go really cheap.

I have a friend who drives a 2008 Lancer Evolution X. After he went wingless, he noticed a 2-3 MPG highway gain after doing so. That’s pretty good for a car that only gets around 25 MPH!

Cold air intakes are cheap. You can buy them online. Don’t worry about buying the best quality pipe. Just make sure the filter is good. You don’t want road debris getting into your engine.

If you want to go super low budget, just drill out some holes in your factory airbox. That will bring in cooler air on most cars.

Another good look nowadays is to make the car look clean in the front. To do this, it’s a matter of closing off any unnecessary openings in the front. These are things like gaps around headlights or fog lights and an unnecessarily large gap for the radiator. Race cars close off as much of this surface area as possible. It’s because it reduces drag. Reducing drag makes the car slippery. That means it’ll go fast. But it’ll also boost its MPG.

The easiest way to do this is by getting a similar plastic to what your bumper is made of – and simply adding to it. Place new plastic strips on the backside of your bumper. Paint them the same color as your bumper if you’d like. This will make your car cut through the air much easier – and you may also love the look.

Racecars have sparse interiors. Your car should as well. Unless your significant other hates this idea (quite possible) strip out as much of the interior as you can stand. For most people, that means taking out the back seats. If you want to go further, you can also take out the spare tire. If you want to go even further, you can completely gut everything but the two front seats. Or even take out the passenger seat if you have no friends. Front seats are especially heavy.

I’ve done nearly everything listed above on my cars at one point or another. Since I like working on cars but don’t particularly enjoy spending money, this was right up my alley. I was even able to improve my fuel economy quite a lot. I nearly doubled it in fact. But also drive conservatively if you want to do that. You may be able to look like a race car, but if you want to drive like a race car, you certainly won’t be improving your fuel economy. Happy motoring.