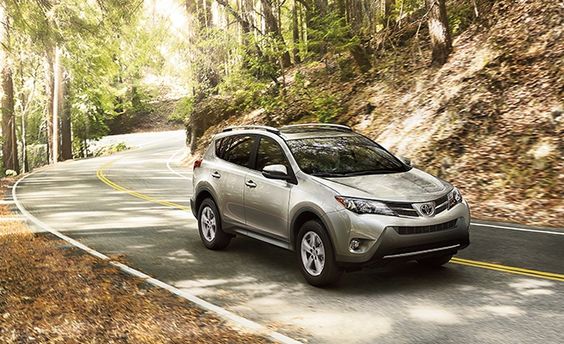 The world of insurance can be a confusing one. If it’s not the contract jargon, it’s the myriad numbers, formulas, rates and options all vying for your attention on a piece of paper or screen. In short, going over an insurance policy is far from a pleasure read for most people. But when you consider the consequences of not properly analyzing your policy, you could be kicking yourself for not being thorough enough.

Not understanding your auto policy can potentially result in you over (or under) paying on your premium. The worst time to find this out is after you’ve already been involved in an accident and are hoping the monthly premium payments you’ve been making will pay off. To make matters even more tricky, the country is not uniform in the auto insurance coverage it requires from drivers. This means you’ll have to consult your state-specific laws to decide what kind, and how much, coverage you need.

For your learning pleasure, we’ve picked a few quirky states likely to raise a few eyebrows when it comes to determining an average car insurance rate. Check them out below.

Pennsylvania is an interesting state because of the demographics. You have the majority of the state in rural and mountainous regions where there isn’t a lot of traffic or congestion. However, you also have a few of the most concentrated areas in the region on opposite ends of the state with Philadelphia and Pittsburgh. Pennsylvania has insurance that comes in right around the national average, and the policy language isn’t too hard to understand. One quirky rule to note, however, is that if you are involved in an auto collision with a deer, it counts as a comprehensive claim. This is due to the high concentrations of deer across the state and the large number of claims that occur during or around hunting season.

While coming in as one of the most affordable states to obtain car insurance in, New Hampshire is an interesting state because of the freedoms that afford drivers. Determining the average car insurance rates in New Hampshire is tricky, because as CoverHound puts it, the state doesn’t require its motorists to have auto insurance at all. You are however still required to pay the costs of the damage you are responsible for (including bodily injury). Even with this seemingly irresponsible law, New Hampshire’s 2015 uninsured rate of 8.7 percent is lower than the 11.7 percent national average. So while some may argue against letting people choose to have their cars insured or not, it does seem to be working to an extent. However, others point to the fact that the lack of major cities can be a reason for the lack of claims and therefore the lack of cost. After all, if there is less congestion and people in a given area, the rate of potential claims decreases.

California is one of the most confusing states around simply because it’s gigantic and diverse. Northern California holds the Redwood National and State Parks, in addition to a host of other nature. Thus, the people can be few and far between. Meanwhile, Southern California is full of deserts, beaches, and the Mexico border – while also being the home to major metropolitan hubs like San Diego and Los Angeles (8th and 2nd largest nationwide, respectively). The state is so big and is comprised of so many smaller regions that are so different, that some legislators have proposed splitting it into six smaller states. California does rank among the top states with their average cost of car insurance, but depending on where you live, could be on one end of the extremes.

While some of the different states have specific rules or laws that are a little weird, one that can cause anyone to scratch their head is the law in Kansas that makes it illegal to “screech” their tires while they drive. It may seem a little harsh at first, but it must be doing something right to minimize accidents and keep claims low because Kansas does rank towards the bottom third of all states in average auto insurance premiums due to its no-fault nature.

Regardless of which state you happen to be in, it’s extremely important to understand the specifics. By meticulously inspecting and reviewing what your policy includes and also excludes, you can find a valuable policy at a competitive rate. Just remember that depending upon the state you reside and drive in, the specifics can become just a bit dicey. It isn’t just about the potential rates that could get you in financial trouble, you also need to remember why it is the rates are so high or low. Once you have a better understanding of the state laws, then you will certainly be able to find an insurance company that makes sense for you and your insurance needs.