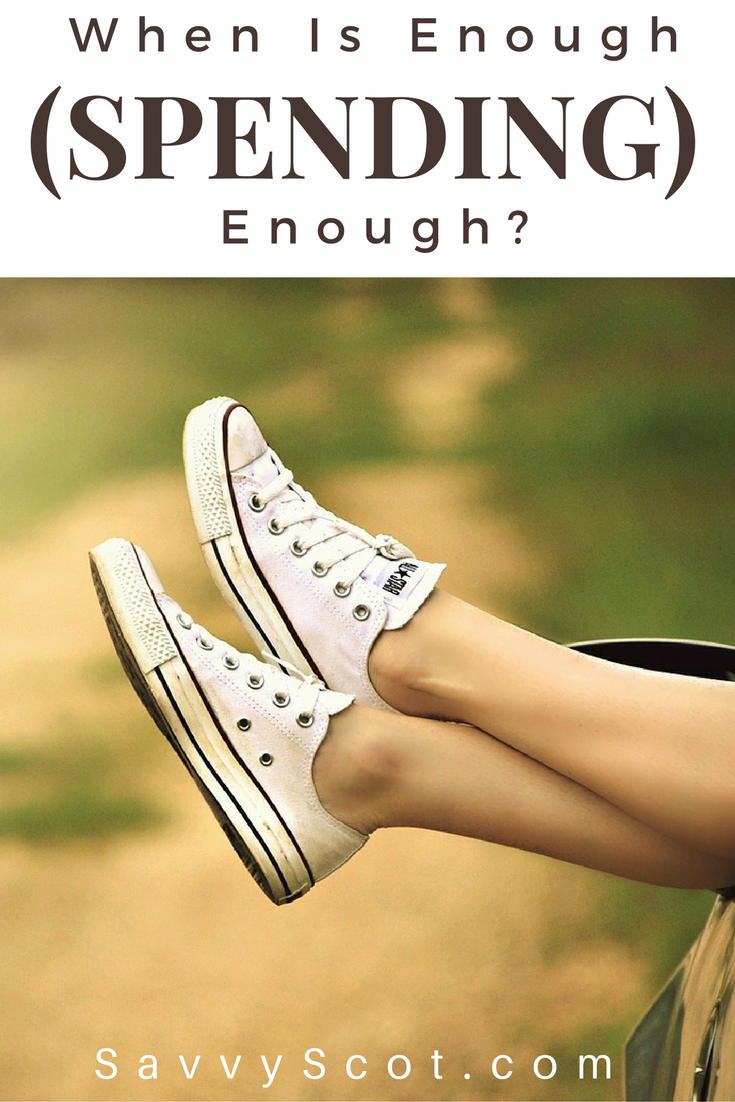 I recently read an article about someone who became a decamillionaire overnight. Now, of course he worked for years to get to that point. But he didn’t make much money at all. Then, another company bought his project – for over $10,000,000 (£6,957,804.40). He went from being near the poverty line to being very rich.

In the article, he discussed what it was like to be that rich. It’s interest to read about people like this. Because I feel most millionaires are wealthy. They don’t have much to be gained by telling their story so they just keep quiet.

This man, however, was willing to share. He made some very interesting points. The article got me thinking, “When is enough, enough?”

It’s a strange question, I’ll admit. It’s not one people think about often. Typically, we spend out time trying to reach towards the top shelf. We want to get to that next level. Sure our current car is okay but what’s beyond the next corner? Sure we are now in the gold club but what about the premier club? Wouldn’t that be better?

The decamillionaire in the article says that enough is never enough so stop trying to get enough. It’s an interesting way of thinking. It’s something I’ve been contemplating a lot.

Now, I believe I can never have enough money. That’s because I don’t like to spend money so having a lot of excess cash means I could give it away to charities of my choosing. I could disperse the power. That would be fun and rewarding. So, no, I don’t believe we can ever have too much money.

But I do believe we can spend too much on personal expenses. So does the millionaire.

He said that what he did was he kept reaching higher and higher. An example would be with cars. A BMW 3-series was awesome at first. But then you begin wondering what it would be like driving a 5-series. Then that grows old so you look longingly at a 7-series. After some more time, you consider a BMW i8. Next thing you know, you’re waiting for BMW to release an even better car. There’s no stopping. A new model comes out quickly.

There are three times in your life when you are most likely feeling the need to upgrade lifestyles: upon graduating college and getting a ‘real’ job, the moment you begin making really good money and if you have a mid-life crisis.

For me, the struggle became real once I started earning a good income. This was after quitting my day job, mind you. I realized I was living the same lifestyle as when I had been earning ⅓ of what I’m currently earning. Isn’t that strange?

I began looking at cars like BMWs. I began wondering what it would be like to live in a big house. I wondered what else I could buy with money.

I have a very vivid imagination. And I also know myself pretty well. Combined, I like to think I can predict how my future might go, should I take a certain route. What I realized was that I would be just like the decamillionaire. Enough would never be enough. I would also want more and more things. More. More. More. I’d sound like a child. “More” actually was my first word.

This meant I would constantly being trying to buy more and more but never feeling great. I would end up with less money (power) with no more happiness. That’s a problem.

What I’ve decided to do is stick with the minimum amount of spending whilst maintaining happiness. This means if I can be happy driving a Honda Civic instead of a BMW, that’s what I should be driving. If my current laptop makes me content, I should go looking for a new one.

What is this doing for me? It’s allowing me to be happy with my possessions AND happy with my bank account. It’s a balance. I’ve been to cheap before. I’ve felt myself nearing becoming too spendy. There’s a balance we must all strike.

The decamillionaire in the article says he now spends money mainly on self-improvement. He’s learning how to play the piano, swim well and more. He says anyone could achieve this optimal level of happiness with just a regular day job. They don’t need £6,957,804.40. Yes, you understand that correctly. He could be just as happy on £28,000.

Now, we like everything to be very pertinent to your life here on The Savvy Scot.

What this means for you is you can relax about always trying to ‘upgrade’ your material possessions. Possessions aren’t what make you happy. Instead, focus on maintaining just the right level of material possessions where you can still be happy but not be wasteful. You do need to buy some things. After all, I love having quality clothing and a good bicycle. But don’t go much beyond that. It’s a road with no end. That’s very dangerous. Instead, enjoy your money in a worthwhile way. Invest it so you’ll never run out. Give it away to just causes. Those two things will bring happiness. And isn’t that what life is all about?