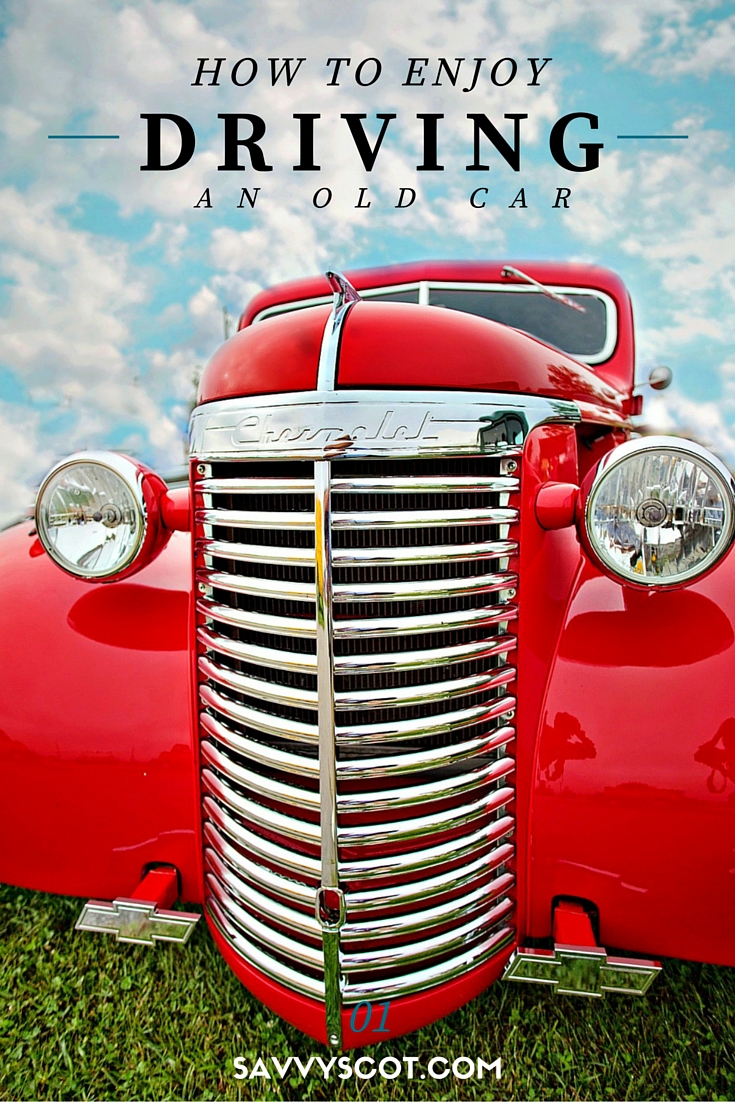 To many people, driving an older car is embarassing. I understand that. Driving an older car can make you seem unsuccessful, sloppy, a has been, a child, an under achiever. But are these thoughts that race through your head actually real? Think about it. There’s a saying I’ve heard that goes something like this, ‘You spend your 20’s afraid fo what people will think. You spend your 30’s not caring what people think. You realize in your 40’s that no one was thinking about it in the first place.’

See, people may not be judging you at all. The way I see it, if you want to save money, drive an older car. Most people won’t notice. Of those who do, some people will commend you. Others may look down on you. But those who look down on you should not be your concern. Anyone who judges someone based strictly on the car they drive is probably not worth knowing. The following post tells you how to enjoy driving an older car. Let’s look at the positives:

Think of All the Money You Save

When you drive an older car, it’s still getting the exact same job done as a brand new Lamborghini – getting you from Point A to Point B. It’s pretty bizarre when you think about it like this. After all, this is your goal. Anything above this goal isn’t necessary. Leather seats are unessential, dual climate control is unessential… the list goes on and on.

As you drive your older car, imagine the money you’re saving. There’s a car commercial that ran in the US a few years ago. It showed a man driving his car. Coins were flying out of the air vents. The commercial went on to say, “The longer you drive your car, the more it pays you back.” Pretty clever.

If you’re really concerned about what people may think, park far away. This will also keep your car in better shape as you’ll be less prone to things like door dings or runaway shopping trolleys.

Some people feel the urge to trade up simply because they want a certain creature comfort. That may be GPS, heated seats, etc. Consider doing these things afermarket. Instead of getting an in dash GPS that’ll age quickly, get an upgraded smartphone plan and use Google Maps. This will be much cheaper. All you really need is a smartphone and a mount.

Heated seats are even something that’s pretty easy to attain aftermarket. Go to an interior shop. Tell them you want heated setas. Most of the time, they can retrofit your car seats to be heated. They’ll install a simple switch. Then you’ll be good to go! My friend has a car from 1995. He installed heaters into his seats himself. The car feels 20 years newer!

Take Care of It

When you care for something, you’ll have more pride for it. Wash the car regularly. Wax it regularly and do all maintenace regularly. There’s a saying when it comes to cars. If you take care of them, they’ll take care of you.

To learn what needs maintained on your car, simply look in its owner’s manual. What to do when is outlined. If your car doesn’t have an owner’s manual, head to eBay and pick one up cheap. You may also be able to get one cheap at a wrecking yard.

Perhaps the car you drive is cheap but it just has no redeeming qualities. Maybe you actually hate it. Instead of driving something you hate, sell it and buy something that’s cool – yet still cheap.

There are many cheap cars that are cool. Many of which will have your friends thinking you actually drive an expensive car. Many sports cars for instance look really great but have low price tags after a few years. When finding these cool car, make sure they have been well cared for. Many cool older cars will have led a rough life. Avoid those if at all possible. When buying an older car, assume there are problems that have yet to be diagnosed.

Sure, driving a brand new luxury car will boost anyone’s self confidence. But is there a way you can do this for much less money? Yes. Boost your confidence in other ways. Pretty soon, you’ll be so confident that you’d feel great even driving around in an old Micra. Really, some rich people actually like driving cheap cars. That’s because they ooze so much confidence on a daily basis, they like going incognito. They enjoy not being recognized. Wouldn’t it be awesome if you were so confident, you’d love to drive an older car?

Is You Really Want a New Car

If you absolutely positively want an older car, get one. But make sure the price matches what you should be spending. Most millionaires spend about 2% of their net worth on cars. If you want to be like them, consider not spending more than that.

I like staying around 2%. If I want more car than that, I must make more money. Pretty simple when you think about it. If you want nice things, you should make enough money to easily pay for nice things.