It is safe to say that the concept of a mobile phone has been completely revolutionised over  the last decade. What used to be a brick that we could use to make the occasional call or send a clunky text message has now become a ‘smartphone’ – a device that we have access to email, social media, photos, videos etc. at our fingertips and that is in constant use.

I still remember the struggle of keeping within my texting allowance for the month. My provider allowed me 200 free texts if I ‘topped-up’ (pre-paid) a certain amount of money each month. Even a few years back, service providers were not typically offering ‘unlimited texts’ as an add-on. They made serious amounts of money from this form of virtual communication and it was highly profitable. Fast-forward to 2013 and almost any UK provider will offer you unlimited texts on even the cheapest of tariffs. Gone are the days on making big money from SMS – now is the age of making money from DATA – welcome to the future people.

As smart phones have become smarter, pictures have become bigger and videos have been produced in higher-definition. Text messages have been replaced by emails with attachments or ‘Whats-app’ / iMessage / BBM equivalent services. Subscription services like Spotify, Sky Go, Netflix (and other streaming media) etc. have increased data usage exponentially. Data allowances have multiplied – plans with a 100Mb allowance are non-existent and 2/3/4/5 Gb monthly limits are fast becoming the norm. More fool those who don’t consider this when signing up for a ‘cheap contract’. 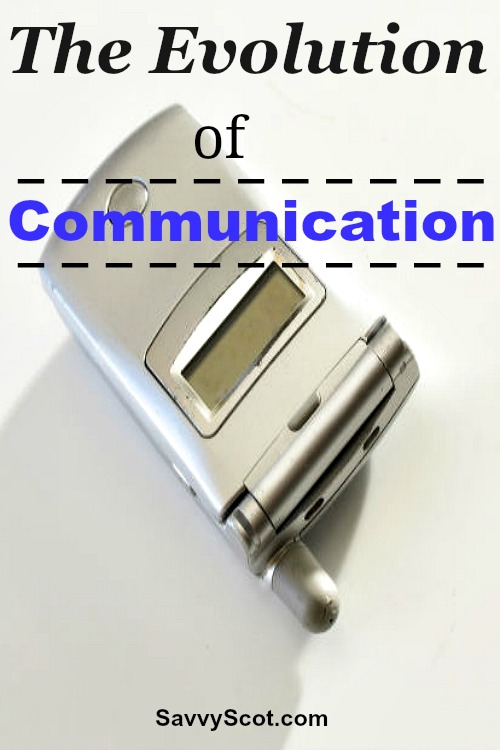 The Evolution of Phone Calls

We have all likely heard a horror-stories of a child who has used their parents phone to make a call (or series of calls) and rack up huge bills as a consequence. A story that particularly amused me was young Oscar (12) who ran up a £1700 phone bill talking to his girlfriend (13)! That is a serious case of young-love and perhaps a good lesson learned.

As data usage grows, the distinction between calls/texts/other usage becomes blurred. VOIP (Voice Over IP) services have hugely grown in popularity – with services such as VOIPYO or Skype, yet again revolutionising how we communicate. As VOIP services have become available on smartphones, service providers once again have had to reassess their strategy for making a profit. As a consequence, plans with ‘unlimited local calls’ are becoming increasingly popular in addition to unlimited SMS. Going forwards, calling the other side of the world could cost the same as calling your next door neighbor – the data usage figures are no different.

Be Smart and Save

Probably the most important thing that you have to consider is the inclusive data in your tariff / package. Consider what you use your smartphone for today, or what you might want to use it for in the future. If you don’t yet own a smartphone, you need to take extra care – watching a few ‘free’ videos on youtube could cost you a small fortune!

Use WiFi wherever possible – View your data allowance like a bank balance – do all that you can to preserve it! Most smartphones allow you to store multiple networks and their associated credentials. Take the time to load in the details of all your friends / family when you visit – that way each time you visit them your phone will automatically connect to the network. It is also worth setting up guest internet in your workplace if available. Lots of phone plans also come with an additional allowance for public hotspots that can be set up automatically

Utilise VOIP services – Mobile service providers had to seriously reconsider how they were going to make money when free VOIP services were launched. There was a complete paradigm shift from profiting on calls – a conventional service – to profiting from data. While Skype is definitely the most popular service, it still charges a user to make calls from to mobile numbers or landlines – the service is only completely free when calling a Skype account. As you might expect, numerous other startups and rivals to Skype have emerged. Most notably, a company called VOIPYO which now enables users to make free calls to landlines and mobiles in the US and Canada. To put this in perspective, I can load up the app on my phone and call my family in the US on their cell phones – completely free of charge. What’s more, if I do this from home, work or a friend’s house, I am not even using any of my data allowance! This paints a pretty cool picture for the future – a situation where we can likely call any person in any country of the world for the cost of the data!

Avoid Text Messages – When you have services such as Whatsapp or iMessage – why would you ever want to send a text message? Although iMessage only works between iDevices, it enables you to communicate with iPads, iPhones, MacBooks etc. and have all your information synced. Whatsapp enables you to set up virtual group chats with members from all around the world. I have a family group set up on Whatsapp and it is amazing to experience the engaging collaboration that it offers.

As I review my mobile phone bill each month like any sensible personal finance enthusiast, I notice a trend that supports my observations. The number of text messages that I send have reduced from the 1000s to the hundreds. In time, I guess this will drop even further until (perhaps) one day text messages no longer exist. The number of minutes I spend calling on my plan reduce but the Data usage is steadily increasing! Do I use my phone any less than I once did – Heck No! I am just part of the next revolution.

Where does the distinction between a mobile and computer lie? In 5 years time, will there be a difference?