As you read this I am starting my adventure in Latvia. We plan to fire semi-automatic weapons, bungee jump, quad bike, bobsleigh and drink A LOT. In fact, the long weekend is going to be absolute carnage… I will try and post a few photos on Twitter but will definitely give you an update in this months newsletter – sign up on the right if you haven’t yet done so! 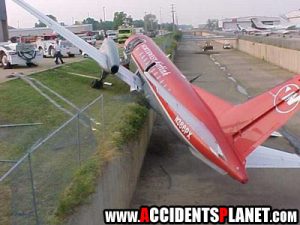 “No win, no fee” is a phrase that is becoming increasingly familiar with people across the UK, even if they have never been involved in the accident claims process. You may have watched many TV adverts or heard radio commercials from personal injury lawyers extolling its virtues. But what are the real advantages of a “no win, no fee” service if you wish to claim compensation for an injury sustained from an accident?

The concept of “no win, no fee” personal injury claims has made it possible for great numbers of people to have an opportunity to get justice after sustaining injuries from an accident that was caused by the negligence of another party. Prior to the introduction of “no win, no fee”, many people in this situation wished to make a claim but were deterred by the potentially vast legal costs involved if they were unsuccessful. This new concept now enables these people to proceed with a claim without fear, in the knowledge that they would not have to pay their solicitor a penny if their claim was not a success.

A personal injury can have a very significant adverse effect on someone’s life – and not just financially. Many people who are injured as a result of an accident that was not their fault have to take time off work as their injuries render them unable to do their jobs. It can take a long time to recover from certain injuries and in the meantime, those who have sustained them can miss out on income that they would have otherwise earned. Some people are injured to such an extent that they can never return to the jobs that they were doing prior to the accident and in extreme cases, others may not be able to work again at all.

This inability to earn a living can leave such a person and any dependents with an uncertain future, which is why “no win, no fee” has been welcomed by many as a way of reducing the risks associated with making a claim. One thing to be cautious about is that in the event of a lost claim, you may still be liable for the successful party’s costs although you don’t have to pay your own counsel. Insurance can be taken out by your solicitor on your behalf as part of your compensation agreement to protect against this, but it is definitely worth seeking advice on the likelihood of a successful outcome. Conversely, should you be successful in your “no win, no fee” injury claim, the losing party will pay all of the fees of your solicitor and all of the costs involved in your case.

Have you used a No-Win No-Fee solicitor?