Viewing posts tagged with: How to go into insolvency 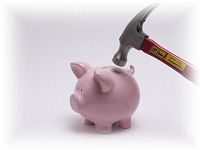 In the second quarter of 2012 (from April to June – often called simply Q2), individual insolvencies in Scotland were up by 5.3%, compared with the same period in 2011. In total, 5,601 people in Scotland became insolvent during this time. If we look more closely, we can see the different kinds of insolvency that… END_OF_DOCUMENT_TOKEN_TO_BE_REPLACED