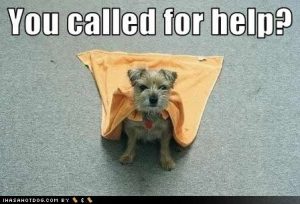 For many households around Britain, 2012 was not the most comfortable of years financially.

With austerity measures, job cuts and the rising cost of living, many families were stretched to breaking point, trying to juggle dwindling income with increasing expenditure.

And the bad news is that 2013 doesn’t look to be bringing any change to the financial climate; the national deficit is not reducing as expected and Britain is under threat of losing its top notch credit rating among numerous high street brands – with Blockbuster the latest victim. All of this adds up to pressure to maintain spending cuts, with little money left over to help those who are struggling.

The double dip recession seems to have also brought about a marked change in the spending habits of the nation; although splashing out on plastic remains more or less as popular as ever, the amount of borrowing being repaid is cancelling out the amount being spent. Brits are far more focused than they have ever been in recent times on paying back what they borrow and avoiding falling into any more debt than necessary.

It is difficult to pinpoint the exact reason for the change in the collective consciousness but experts believe that a lack of security is making people nervous about having too much debt. With an increasing number of jobs being axed and overtime and bonuses being drastically reduced, the amount of money being earned is not just falling but feels very precarious. People are therefore doing everything they can to put themselves in the best financial position possible, in case they are victims of the economy.

And unfortunately, no matter how hard you work, there is the chance that you could end up being one of the unlucky ones.

Figures from money charity, Credit Action, reveal that 1,399 people were made redundant every day between July and September last year, a figure which has remained constantly high all year. And during that same period, 894,000 people had been out of work for more than a year, piling huge amounts of pressure on their household budget.

Unfortunately, financial hardship is something that can hit anyone and if it does, it’s important to deal with it sooner rather than later. And it might not be getting made redundant that causes the problem; it could be long-term sickness for either the main bread-winner or someone they need to take care of, or a failing business for the self employed. And many small businesses are finding it tough to survive with such little money being spent in the economy.

How to get your finances under control

If you think your debts may be spiraling out of control, or you simply don’t have enough to meet your commitments and pay for your essentials, it’s imperative to get help straightaway – even if you expect your situation to improve before too long.

There are many types of debt help services you can take advantage of, depending on how much money you have coming in and how much you owe. Some solutions are more flexible than others, so if your situation improves and you wish to increase debt repayments and clear debts in a shorter amount of time, you can.

Dealing with debt can be emotionally exhausting so getting some expert help can be a way to relieve some of the pressure. There are many professional debt management companies such as Baines and Ernst, who can take on the responsibility of talking to your lenders on your behalf and negotiate lower repayments for you.

Hopefully, 2013 will be kind to you and by managing your money sensibly, you will be able to stay out of debt, but if the worst happens and you find yourself in difficulty, take some comfort in knowing that you are far from alone and that there is plenty of help available to get you through.

Has anyone ever used a debt service before or gone into voluntary / forced bankruptcy?