If you’re unable to pay your debts, then, technically, you’re insolvent. But of course, you may simply be having debt problems; this is another thing altogether.

Obviously, it’s important to differentiate the two, but if you’ve reached the stage of being insolvent, there are various things you can do to combat it. Perhaps the best option of all is to find a way of being able to pay your debts by earning more and/or spending less, and in these pages, you’ll find lots of advice on how to do just that. 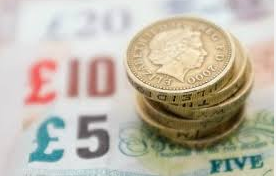 But if you’re insolvent and likely to remain so, then you have a number of options including bankruptcy. But there are many drawbacks with bankruptcy. An alternative is an IVA in England, Wales and Northern Ireland, or a trust deed in Scotland.

IVAs can be a constructive way out of debt for many people depending on individual circumstances, but they aren’t perfect by any means and are more expensive than bankruptcy.

Since April 2009, debtors have had another, cheaper way to declare insolvency, via Debt Relief Orders (DRO). As with bankruptcy and IVAs, you must be insolvent to do a DRO, which will cost £90. The DRO criteria are:

You also need to have lived or worked in England / Wales during the last three years and you mustn’t have applied for a DRO during the last six years. A DRO will work in a similar way to bankruptcy in that creditors must stop harassing you, and you’ll usually be free from your debts within a year of the order.

With all the options available, there are different solutions for different people depending on individual circumstances, so it’s always best to seek expert objective advice if you can and the Citizen’s Advice Bureau is a wise place to start in helping you decide which is the best way out of debt.