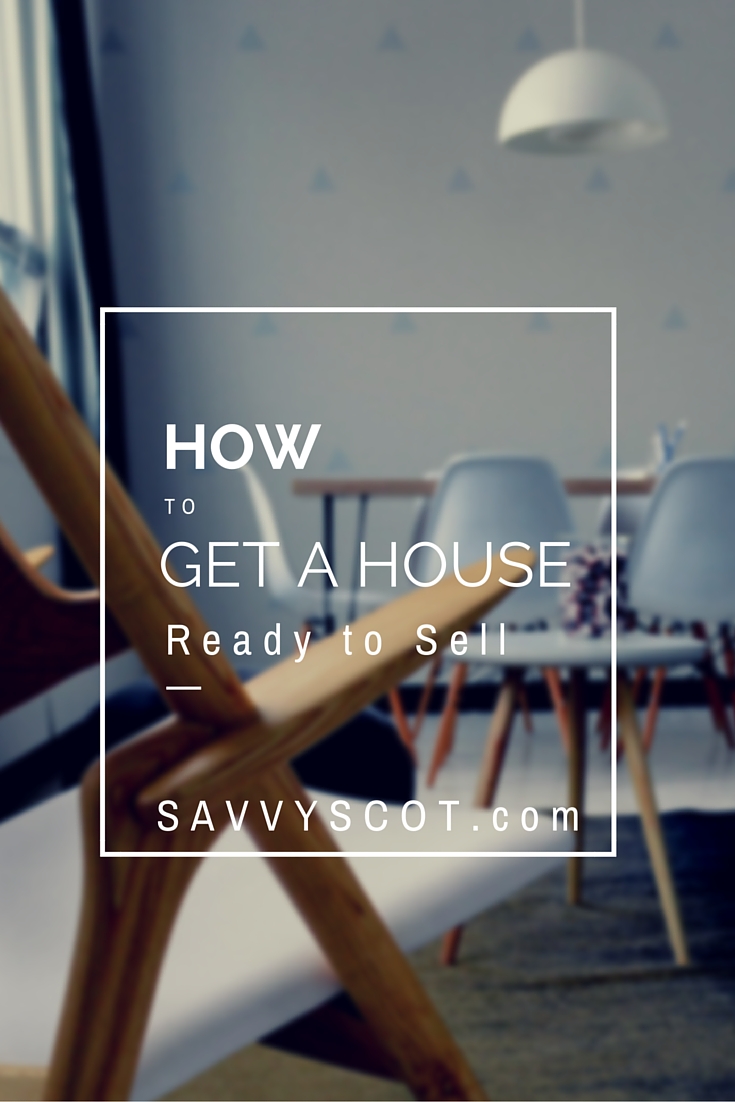 Whatever your reason, you have a house to sell. It doesn’t matter for what occasion, this guide will help you get through the process. The following are the many things to consider:

You’ve probably seen those home renovation shows. What often happens is some sucker sells their house for way under asking. An investor then buys the house, puts in a few grand and then flips it for a massive profit. You don’t want to be the sucker.

So what you should do prior to selling is to repair and replace anything obvious. If a door sticks, get it fixed. If the driveway is cracked, get it sealed. Doing these small things will total up to a major profit. And don’t feel the need to do this stuff yourself. Hire someone else to do it. All you have to do is pick up the phone and this alone could increase the price of your home by quite a lot. Sometimes people get hung up on the details. Don’t leave them any details to complain about.

Beyond repair, think about doing some minor renovations. Paint rooms, replace window treatments, replace light fixtures, etc. These small touches can really increase the value of a home. But watch out. You may like the renovations so much, you won’t want to leave!

Each house should get a thorough cleaning before going on the market. This is mainly so the house looks its best. But it’s also important because the house won’t feel as ‘lived in’. People want to buy the house to make their own memories. They don’t want it to feel like an old and dirty hotel room that’s currently being occupied.

Clean the space also by getting rid of any clutter. With the clutter gone, the house will feel bigger. A bigger house means bigger money. Plus, you’ll have to clean out your stuff when you move anyway. You may as well do it now and get more money for the place.

Find the best agent in your area. Find a go-getter. Find someone who knows your neighborhood and will hustle to get you the best deal. Ask around. See what the best selling agent is in your area. Resist the urge to hire the first agent you meet. Analyze each agent. After all, they will help you decide on price. The right agent could get you tens of thousands more than another agent. Picking the right person is perhaps the most important part of getting a house ready to sell.

When the agent shows the home, it’s probably best you’re not around. Most buyers don’t want to meet the current owners. This can make things awkward. It may also reduce the value of your home because people may be turned off by you. According to most agents, it’s best to let them work exclusively with the potential buyers.

I lived in a house recently that went for sale. The agent just let me know at least a day in advance when he would be showing the house. I would hop on my bike, ride to a local park or to a grocery store or something. After about 45 minutes, I’d bike past the house. If they were still there, I’d wait a little longer. Don’t worry about loitering. It’s not like the buyers know you live there.

Have a Number in Mind

How much do you want for the house? How much do you need for the house? What is the house worth? You should know all of these numbers. Be an informed seller. Remember also that asking for a high price isn’t always the best strategy. Expensive houses sometimes sit on the market for months. Sometimes inexpensive houses actually become part of a bidding war. A bidding war often results in even more money than you originally would have asked for. It’s the competition that gets people fired up. It’s the same with selling things on eBay. Often, starting at a low price gets more interest going. People will place more bids because they feel they really have a chance of winning. After some time of bidding, they may feel a connection with what you’re selling. That’s when things get interesting and you can get thousands above your asking price.

Another number to keep in mind is closing time. How soon can you be out of the house? 30 days? 60 days? 14 days? Know when you can leave and where you will go (even if it’s just temporary). A buyer likes to know when they can move. The sooner, the better as in most cases.

One final note to remember is that it’s just a house. The memories belong to you, not the house. If moving houses is right for you, jump in with both feet. The house can go to someone else. Who cares? You’ll have lots of money in your pocket. That’ll make things feel better.