Homeownership has been an unaffordable aspiration for millions of people in the UK. A combination of stagflation (low wage growth and high inflation rates), sky-high property prices in large parts of the country and trepidation on the part of mortgage lenders has made it hard for people to get onto the first rung of the property ladder.

Saving up for a deposit, the first step many take towards having a place of their own, has also become impossible for a large number of house-hunters, largely down to a combination of high prices and over-cautiousness from some lenders. Fortunately, a new scheme launched by the government may come to the rescue of those frustrated in their attempts to buy a new house.

The Help to Buy scheme, due to take effect from the start of 2014, was created with both prospective homeowners and the housing market in mind. The brainchild of the coalition government, Help to Buy has attracted a little criticism, but its intentions appear to be good. It provides participants with a loan which helps them to pay for a cheap mortgage. 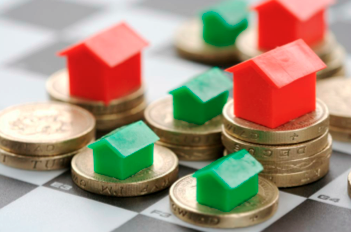 Initially, Help to Buy was intended for people on modest incomes, covering homes worth under a certain amount, but a few tweaks have helped to broaden the scheme’s scope. The scheme is split into two parts, which are:

After paying a deposit equivalent to 5% of a property’s value, the Equity Loan allows participants to take out a further 20% in the form of a loan that is interest-free for the first five years. Only properties valued under £600,000 are eligible, as are new build properties. Anyone wanting an Equity Loan must show they can pay it off and have a good credit history. For first-time buyers only.

Available from January 2014, this is a little easier to understand. Participants can pay as little as 5% of the home’s value as a deposit. The government will provide several billions in funding to guarantee mortgage payments, thereby encouraging lenders to be a little less cautious in providing mortgages.

New and old homes worth less than £600,000 are eligible, as are first-time and existing homeowners.

“Our fundamental aims as a building society – helping people to save for the future and buy their own home – are unwavering and being so closely rooted in our communities makes us ideally placed to achieve them”, said Chris Pilling from Yorkshire Building Society.

Whether or not Help to Buy succeeds, some lenders are beginning to be a little more trustworthy of mortgagees.