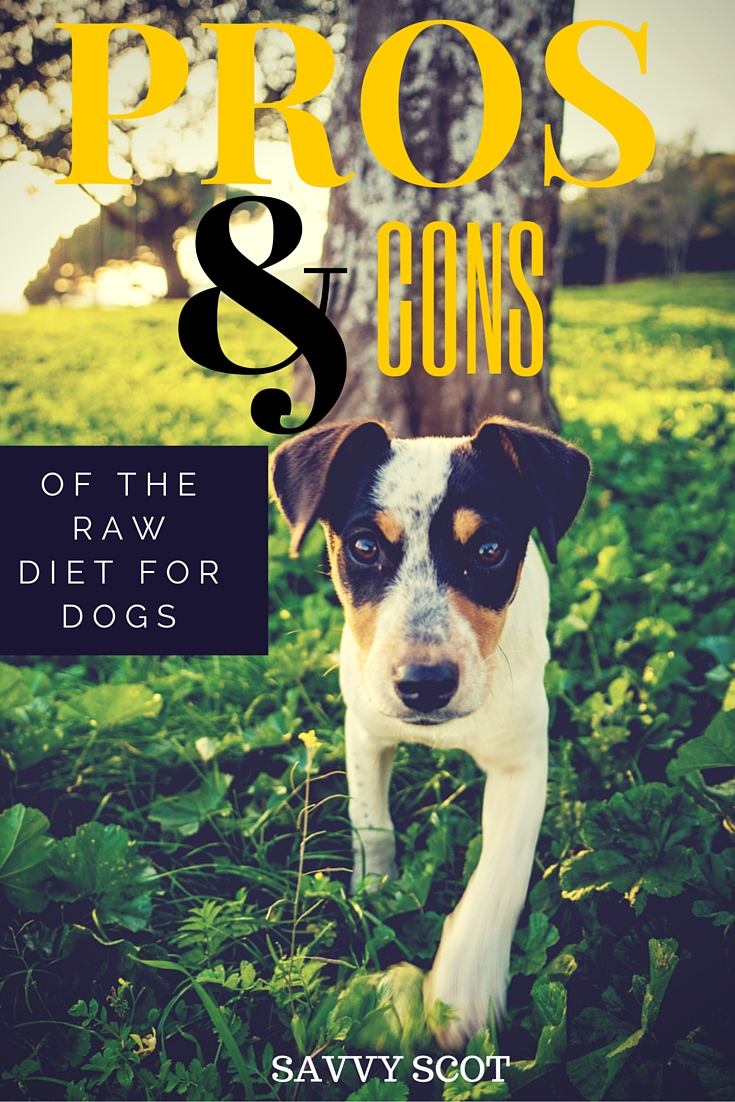 A while back, I talked about how I was looking for healthier options than kibble for Napoleon, the cutest Little Great Dane on the continent. Who am I kidding, in the whole world 🙂

Anyway, I thought I would start preparing homemade meals for him, so he could eat better. Dogs can’t eat many leftovers because they are too greasy, contain foods that are bad for them like too much cheese, or they can eat pasta but not pasta sauce, etc. In the end you pretty much have to cook for the dog. That is how I started looking into a raw diet switch. He got used to it immediately and loves it.

What is the raw diet? A raw diet simply consists in feeding your dog (approx.)

The meaty bones MUST be raw or the dog can choke if they are cooked, as they become softer.

Why the switch? Well the pros outweigh the cons as you will see below, and I don’t think there is anything healthy in mainstream kibble. The kibble meat comes from all the parts butchers can’t sell to humans (eyes, skin, stomach…) and even then it only represents a third or so of the kibble, the rest being grains, which are mainly fillers and don’t bring the dog much. Imagine you are given a choice of eating dehydrated McD beef patties for the rest of your life, or real beef steaks, which do you think you would enjoy most, and be healthier with?

He is happy. Napoleon LOVES eating meat. Before he was only eating kibble half convinced, now he is happy to have a meal.

He begs less. He used to beg a lot for human food leftovers when we were eating. Now he asks much less.

He flosses as he eats. Eating bones helps the dog clean his teeth, meaning less risks of dental problems down the road.

He smells better. His breath is much lighter with meat than with kibble. His poop is also less stinky.

His coat is softer. I brush him once a week and feel the difference, his coat is softer and better looking. He used to have some kind of eczema on his elbows that is almost gone as well.

Minimum prep time. Instead of having to cook rice, cook meat, steam veggies, making sure there are no forbidden foods (like onions) in the mix, meaning he can’t really eat our leftovers, I just have to open a bag or raw meat and feed him. Almost as fast as pouring kibble.

Less vet bills down the road. Not only is his dental hygiene better, he is also eating healthier. Like a human who only eats frozen meals and another one who eats organic, he is less prone to developing diseases.

Convenient if we travel. We are always going somewhere, and before, I brought with me a small bag of kibble, which I had to carry around. Now I can just stop at the butcher anywhere, buy him a pound of chicken thighs and call it a day. We used to go to a membership supermarket in Guatemala City to buy 50lb of kibble bags, then drive the 300 miles back home, then store the bag hoping the heat and critters wouldn’t spoil it before Napoleon went through it.

Less poop. A little TMI maybe, but when he eats kibble, he has to eliminate a lot of it, as it is mostly grains and they are just fillers. With raw meat, he uses almost all the nutrients, meaning less residues coming out of the tube.

It gets messy. Let’s say having him keep his bones in his bowl while he eats is still a work in progress. The food gets dragged on the floor and I have to clean more.

You need to stock on meat. For us at least, as we only shop once every couple of weeks, so there is added meal planning for the dog. Worst case scenario, we can kill one of our ducks and feed him that until the next shopping round. But once you get organized, the butcher packs up one meal portions in little bags and you just have to open one for lunch and one for dinner.

It may be more expensive than kibble. Here in Guatemala, feeding a dog a raw diet of meaty bones and organs costs pretty much the same as feeding kibble. I bought a beef lung for £0.25, 2lb of beef leftovers the butcher don’t sell to humans for £0.50 and 2lb of beef with bones for £1.5. Chicken legs are £0.55/lb. It should be more expensive than the cheapest kibble, but with what you save in vet bills, I’d say it is still a win.

You have to be careful with balance. Kibble comes balanced with vitamins and minerals, and if you feed your dog on the raw diet, you have to watch that he gets a balanced one over the course of a week or two. Otherwise you will need supplements. Organs are great to provide vitamins, like liver has a lot of vitamin A, and you need to find other good sources of all the nutriments your dog needs. Simply rotating the kinds of meat (beef, chicken, duck, lamb, pork, organs…) can help, but you need to watch that closely to avoid growth problems.

Dog owners, do you know the raw diet? would you or do you use it?