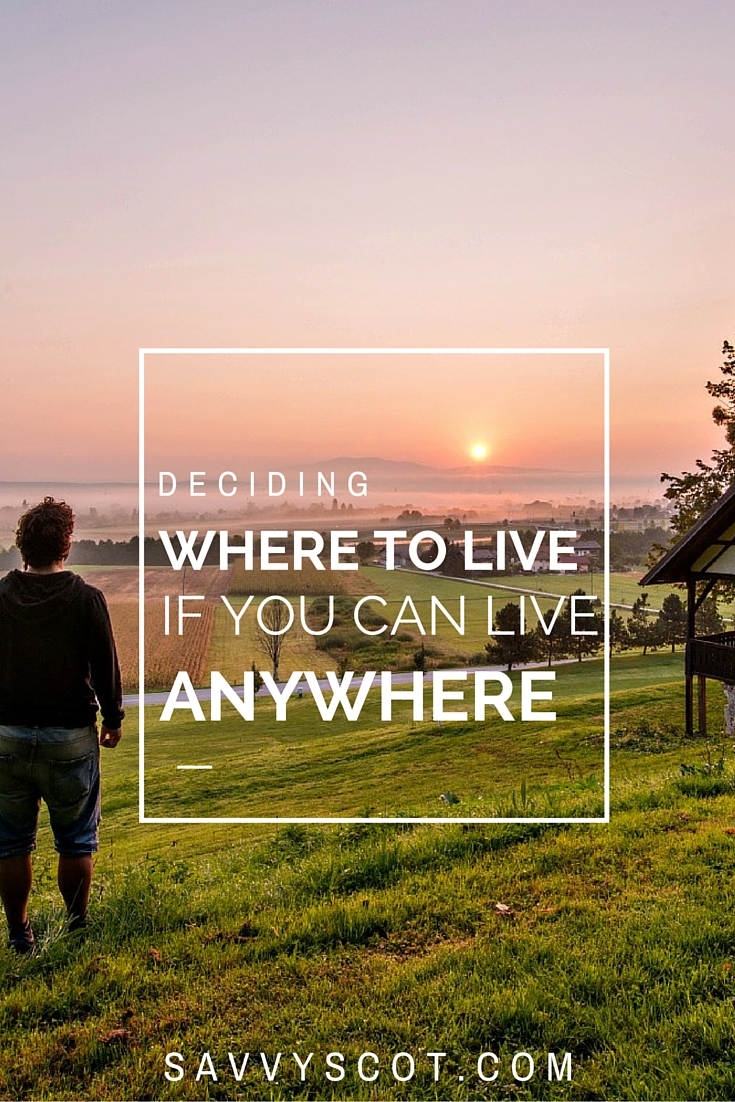 For whatever reason, you can live anywhere. Congratulations! That’s huge! Most people are confined to one place for their entire lives. But not you. You can go anywhere. Or you can stay a kilometer from the hospital where you were born. It’s up to you to decide. No one is holding you down.

The following blog post shares ideas for how to decide where to live. We’ll even discuss the practicality of being a digital nomad. What will you decide?

Being a Digital Nomad

There are several big blogs dedicated to living the life of a digital nomad. This is cool because you can travel the world while still working online. It’s definitely slow travel at its best. I myself enjoy this approach because you get to try out different places you may want to live. And by using resources such as Airbnb, you needn’t worry about the lodging situation getting too complicated. You come into the country on one day and out another. Just make sure you don’t overstay your welcome. Countries such as the UK only allow foreigners to stay for 3 months without exiting for 3 months before coming back.

The drawbacks to being a digital nomad are quite severe. It’s probably why there aren’t more blogs about it. For starters, it’s hard to reconfigure your routines. When you arrive at a new place, you have to figure everything out like you’re a child. Where do you get food? What does it cost? How do I work the kitchen in my rental? Why is there a rooster crowing? Are the neighbors friendly? Personally, I hate not having a good working space arrangement. I’m particular about things so it’s hard to recreate my ideal workspace whilst on the road.

The biggest reason anyone lives where they do is because of the people in their lives. Family or friends are located in a certain area of the world. While there is nothing more important than the people in your lives, don’t let it limit you. Your family will likely be better off if they slowly migrate with the times. One location may have been good for your ancestors. But for you, the village may have turned into a blighted mess. Your ancestors would’ve wanted you to move on. 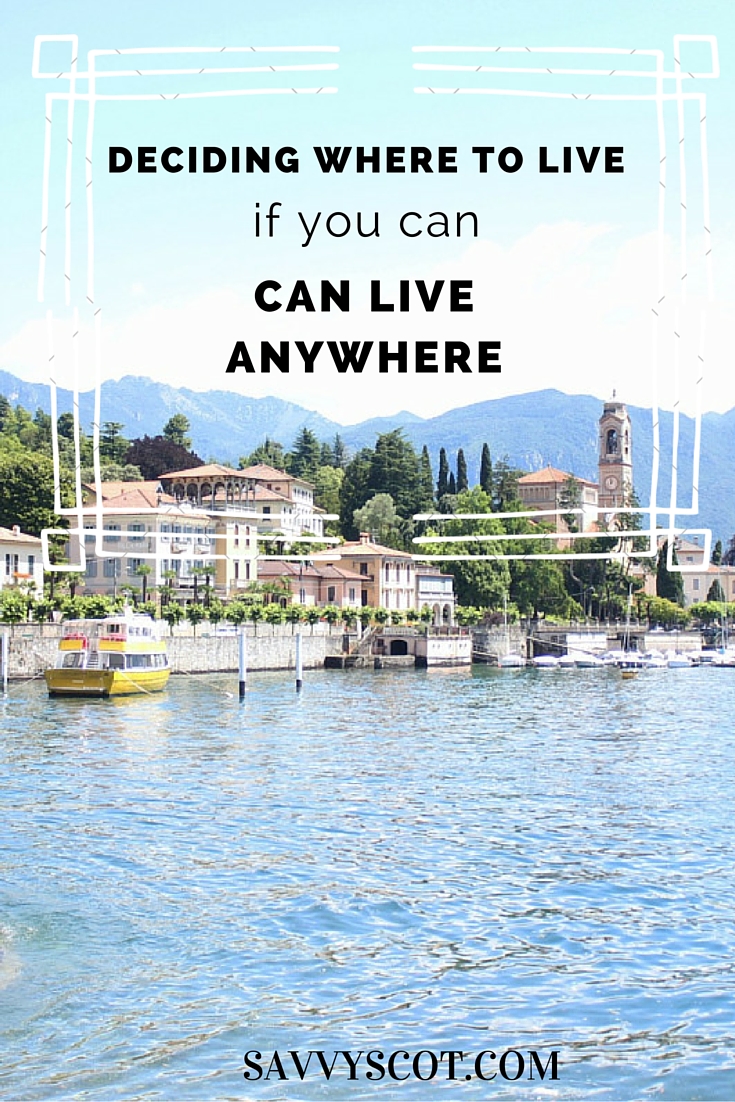 What kind of weather do you like? Do you like to ski? Surf? Do you have seasonal affectiveness disorder and crave sun? Are you a homebody and don’t really care what Mother Nature does? Deciding where you want to live based on climate isn’t silly. In fact, it’s largely why Los Angeles exists today. People moved there to escape wild temperature changes that happen nearly everywhere else in the world. In Hollywood, if the temperature varies 20 degrees in one week, that’s abnormal.

Culture makes a difference. Some people think it doesn’t. Some people think that it falls into the background after a while. But culture extends beyond the weeks after you arrive in a country. For instance, some countries are slow to do things like pass laws, clean up areas hit by natural disasters or even something as simple as registering your car. If you’re used to a faster lifestyle, this may wear on you after a while. Alternatively, you may be sick of the hustle and bustle of your current city. Maybe your blood pressure is high. Maybe you have a hard time dealing with stress. Maybe you’ve made your wealth and you’ve decided you want to retire by the beach. Then a change of culture may really make sense for you. It is kind of odd to work and retire in the same place, come to think of it.

Some countries use half of the money you earn for governmental things. Other countries have very few taxes. What feels right to you? Some people like taxes. Because taxes usually mean lush landscaping, free healthcare and other community perks. On the other hand, some people loathe taxes. Perhaps it’s because they aren’t in full control of where their money is going. Giving up control can be unnerving for some.

It’s actually wise to pick your location based on taxes. If you pay less in taxes, you’ll have to work less. Pretty simple math.

How is the political environment? Stable? Shaky? Somewhere in-between? Something that’s nice about countries like the UK and US is that the countries are stable. Rampant inflation isn’t likely to happen. Local economies don’t typically dry up. The country’s trajectory carries on in a pretty predictable way. This may not matter to you much now. But as you increase your wealth and increase your age, it may affect how you feel. The more stable the country, the better.

You Don’t Have to Decide Right Now

You probably have some time to decide where to live. I see you as having two options: 1) live where it is cheap since you obviously don’t have your heart set on anywhere else or 2) live the life of a nomad – try out new places until one sticks. Either way, you can’t go wrong.