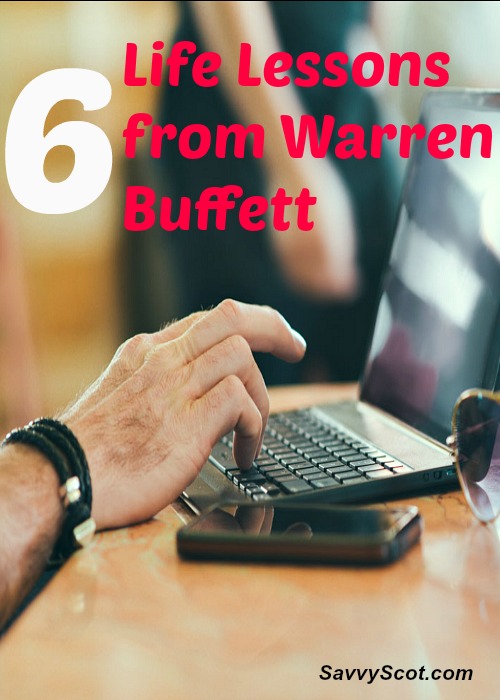 Warren Buffett will turn 83 this August. He has been on the Forbes 400 List for more than 20 years. Despite the odds in stock trading and the high-risk derivatives market, Buffett has been able to use vital life principles to scale several hurdles pitted against him and his company. One which stared him in the face was losing $25 billion in the space of one year during the 2008/09 recession. It bled him but he recovered. Some of the following life lessons would be seen in his character as a business person.

Despite ranking number 2 on the Forbes world billionaires list, Warren Buffet is arguably the thriftiest of them all. He is the one of the world’s richest persons who has been living in the same home for more than 50 years. His Omaha home has no gates or fence. In an apparent aim to show some type of ‘global reach’, many millionaires today, would get one of their first toys- a business jet.

Buffett owns NetJets, the largest private jet-sharing company in the world; but he does not own a jet for himself. This great economic sense has paid off for him in his many business acquisitions and the growth of his main company-Berkshire Hathaway.

Following Buffett’s hiring lessons, it might be easy to point out the smartest, quickest or the one with the Ivy League certificate. But is he or she right for the job? Warren Buffett suggests selecting the one with the right habits for the job. This could be an important point when choosing your next hire.

Buffett is undoubtedly ‘old school’. Warren Buffett likes technology and has invested in quite a handful of such firms. Nevertheless, he does not own a mobile phone. Successful entrepreneurs like Buffett, including the ‘new school’ ones value the importance of being oneself and not trying to live to impress external influences.

It is a lesson that living to please others at the expense of who you truly are, could be a road to failure.

Doing the Job you Love

This could be most interesting lesson from Buffett. It looks simple but it could come tough on many folks today. Warren Buffett bought his first plot of land at the age of 14 and from his earnings selling newspapers. His love for business and any great stock took hold from that time and it is has reflected till now. In Buffett’s perspective, rich people will still go to work because of what they love doing.

A few years ago, Warren Buffett met with Microsoft founder and world richest man, Bill Gates for the first time. Bill scheduled for a quick 30-minute meeting but that meeting ended up lasting for 10 hours. The two billionaires shared common interests and passion. Warren Buffett’s heroes who helped him in developing himself include his dad, Katharine Graham (former chief editor of The Washington Post) and his first wife, Susan.

Buffett’s advice for entrepreneurs often is that, “When on a career path or business decision, move with people with whom you have common goals and who love what they do.”

Good habits are cultivated and developed until they appear perfect. A life lesson Warren Buffett gives is about developing good habits especially those of generosity, cheerfulness and giving other people credit. These look unimportant but they are vital in building any great personality and company. Warren Buffet does regular charity lunch auctions.

He and his Berkshire Hathaway company are active donors to the Bill and Melinda Gates Foundation, Smile Train, Glide and Make-A-Wish Foundation among others. Buffet claims to be an introvert who has battled communication issues in the past but he is one of the few billionaires today who mix public speaking with a good sense of humor.

Warren Buffett is one of the world’s most prominent investors with his net worth equivalent to about 3% of the Californian economy. He never claims to have achieved the feat all by himself. He often gives his team credit. He spends money wisely and not to impress anyone. His generosity extends beyond the United States.

He partakes in poverty and health-related charity work in poor countries. This great sense of discipline has made Warren Buffett have some experience-based lessons to mete out, that could give the younger generation the thrust to even bigger goals. 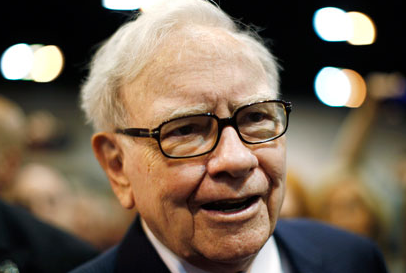 My name is Kevin Watts and I am the creator of Graduating from Debt. I was like millions of recent college graduates in heavy debt with very little hope. With the right attitude and discipline I took control of my financial picture and now I can say proudly that I am debt free.