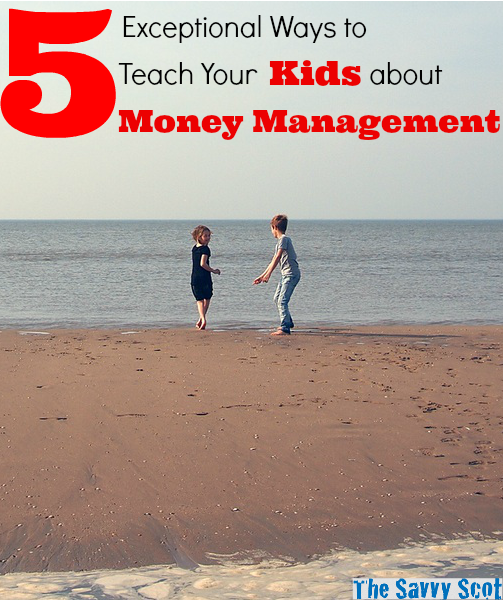 Although we value education, we almost never teach our kids about financial education. This can often take them to make money mistakes in the future that can become burdensome for both you and your family. When your child finishes university and he starts having expenses such as rent, food, and even debt, he may not be able to bear the emotional distress of handling such costs. In some cases, children go back and move with their parents due to the above mentioned reasons. This can be financially difficult for parents themselves – putting both parties in an undesirable situation. To avoid this from happening, make sure you use the following tactics to teach them about money management even before they turn 10.

1. Setting Up a Budget

A budget is an easy way to get your child motivated toward financial matters. It is easy to understand and it just takes two fundamental concepts to complete one. These are income and expenses – which is the same as saying money coming in and money going out. The strategy is straight-forward. They should look at how to increase their income and how to decrease their expenses. Given that your child’s source of income and expenses are limited and simple, they will grasp it very fast. You can also include concepts such as a saving strategy and debt strategy which are simply how much they will either save or pay in terms of debt in a specific period of time.  The budget isn’t a static document, teach them the habit of reviewing it periodically and make an analysis with them every few months to see how they are doing. A good way to lure them is to open a bank account for them with a fun mobile app where they can track their income and expenses on a daily basis.

2. Provide Incentives for their Savings

Saving money may not be the most interesting for a child. However, if you provide them with an incentive they will be more willing to save. You can offer your child a type of “mini-retirement plan”. This works by you giving them a certain percentage of the money they have saved from your own pocket. For instance, you can tell them that for whatever sum they save, you will add 50% of that amount to their savings account. Thus, if they save 100 pounds, you will add 50 additional pounds.

There is a huge difference between wants and needs. Focusing on those things that can actually be reduced in terms of spending is one of the most important aspects you can teach your child. Things such as taking food from home instead of eating outside, and buying a set of clothes instead of a whole wardrobe are just a few examples. Sometimes sacrifices are needed. These sacrifices when taught at a young age can allow your child to become less impulsive in his purchases as an adult. Credit cards when left to a child can damage his financial discipline unless there’s some type of control over them. You will most likely than not pay for most of his current expenses such as his cellphone bills, insurance, etc. As he gets older you may want to make him responsible for at least one or two of these expenses.

Some children already know what they want to become in the future. Others don’t. In any case, bringing up the topic never hurts. On the contrary, it can open up their minds in regards to the many possibilities there are in this respect. This will not only spike up their imagination and allow them to dream but it will also get them focused on the right track. University education is necessary to have a good financial foundation. On top of that, you can teach them to save a chunk of their money towards that purpose. Thus, you can increase the amount you give them on a weekly basis with the condition that a portion will be kept as savings for their career.

Talking about debt isn’t fun for people. However, when this topic is introduced in earlier years you can take away both the fear and the stigma that surrounds it. It’s highly likely that your child doesn’t possess any debt right now. However, in case he really wants something you may offer to lend him money to be paid back in a timely manner. Also, teach him how debt should be used in a manner that will benefit him most. This means that the money borrowed should go toward purposes such as his education, personal growth, business affairs, etc. instead of shopping and luxuries. Emphasize on the need of not incurring in too much debt and in getting rid of it as soon as possible.

Your child may not be the next George Soros after following these money management tactics. Nevertheless, he will be far ahead of anything that’s taught at school about financial matters.