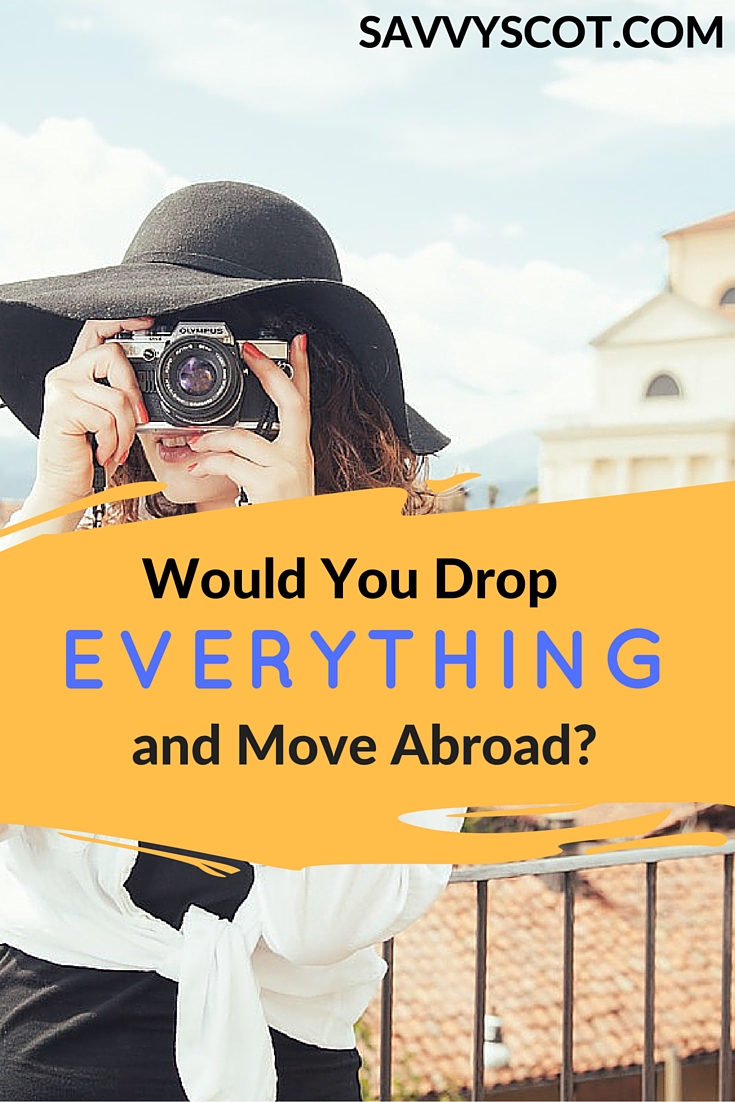 The web is teaming with digital nomads; Travelers with a desire to never give up their titles. There are many a successful travel blogger making enough money to continue their journey almost indefinitely.

My question for you today however is slightly different. If your company came to you tomorrow and presented you with an opportunity to move abroad, would you jump at the chance, or would you never consider the possibility?

It All Started with TV

The other night I was sitting watching The Starlings (A British Comedy/Drama) and the father of the family was given a job opportunity in Spain. Excited by the idea, he made a proposal to his wife, only to be shot down in flames and considered selfish. The wife claimed that their house and roots were all in England and questioned how he could possibly be so stupid as to even consider the idea of moving away.

Now if that was me, I would JUMP at the chance (and I very quickly checked with Mrs Scot that she would do the same)! In fact, I am counting down the days until my company offer me an expat position, almost anywhere in the world.

Truth be told, we would likely take up the opportunity to move almost anywhere. From deepest, darkest Africa, to the edge of the earth. I seriously believe opportunities are for the taking and you never really know if something is good for you until you try it.

Further to the above point, I also think that staying put and becoming ‘comfortable’ is dangerous. It is too easy to let things become part of your routine and to lose sight of the end goal. That transition from work to live through to live to work can happen so easily if you are not careful. An opportunity to move abroad resets everything. Everything from where you live to your daily routine and I seriously think it would be refreshing.

I have numerous Polish friends who moved to the UK when Poland became part of the EU several years back. They have become so integrated and experienced with UK life, their understanding and life-experiences are instantly diversified far more than most. What expat do you know that can’t tell a good story (or ten)!?

Some might argue that it is unfair on the kids, or perhaps they couldn’t leave their friends. I strongly believe that it helps to develop children by opening their eyes early to the possibilities that lie ahead. True friends quickly become apparent and the possibility to make many more is presented.

SO Given the chance, would you drop everything and move away?