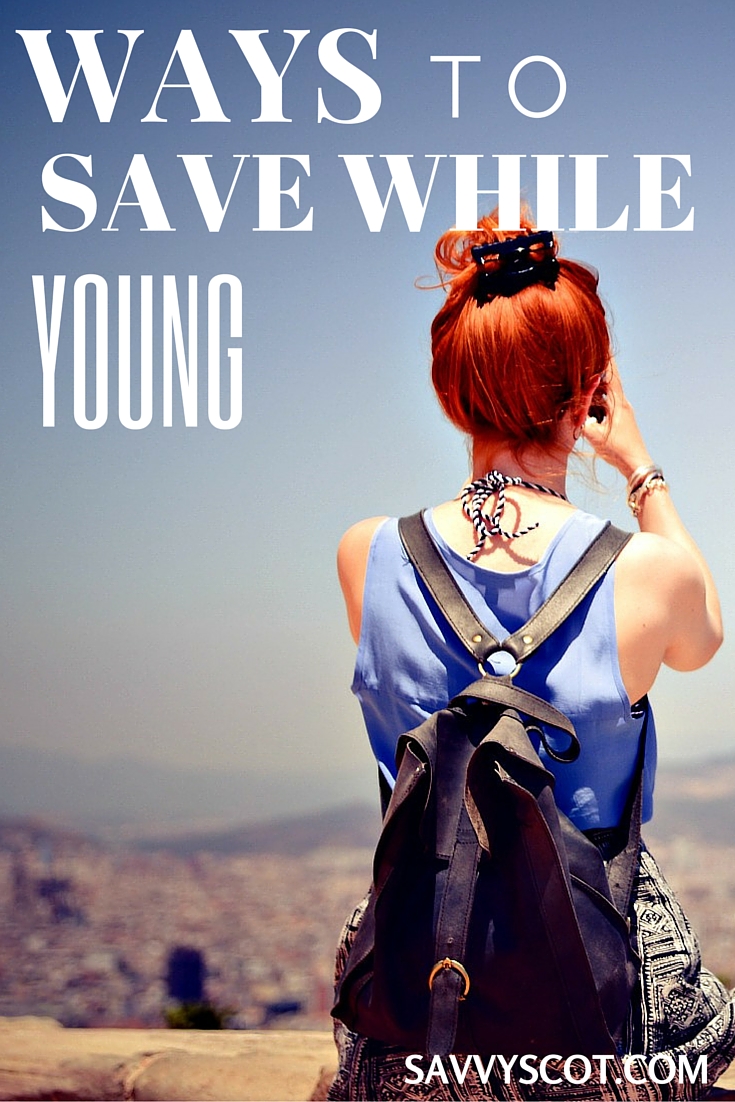 Want to have a fantastic financial future? Begin saving now! Yes, like right now. By saving right now, you’ll put yourself in an excellent place.

What happens with many people in their 20’s is they forget to save. Instead they spend all their money. Each time they get a raise at work, they spend it. So by the time age 30 or 40 or 50 rolls around, they’re scrambling to save. But by that time, they will have already gotten used to a certain lifestyle. If they begin saving, they’ll have to scrimp. Scrimping typically doesn’t feel good.

So what a person should do is begin saving as soon as they get their first paycheck. Then they will establish a habit of saving. The money saved won’t be missed one bit.

I’ve discussed this in the past. Living with flatmates is a very wise choice – the only complications that can arise are by not choosing the right mates. I’ve had many flatmates through the years. I’ve saved TONS of money by doing so.

The beautiful thing about having flatmates while young is that you’re probably not home too often. I sometimes go days without seeing my flatmates. This means they’re not really an inconvenience. And if you’re not busy and like staying at home, maybe find busier/more extroverted flatmates. They’ll be gone and you’ll have the house and the telly to yourself. If only Top Gear was still on…

Growing up, I rarely rode a bike. In fact, I went from age 14-22 without riding a bike at all. But once I graduated uni at got a full-time job, I realized I didn’t like driving to work each day. It was expensive. Traffic was annoying. And it wasn’t leaving me much time to exercise.

So I bought a bike. Yes, biking does take longer to get to work. But you’re exercising at the same time. So it really takes less time when you think like that. Plus, biking in town can be fun. That can’t really be said about driving in town. I love driving as much as the next guy but driving in town is nearly always incredibly boring. Buy a bike. Save while young.

This sounds counter-intuitive. Getting more insurance while young… But opting for insurance at this age is cheap. And the coverage can continue as you get older. Sometimes, if you wait too long, you won’t qualify for certain types of insurance at all. Disability insurance is an exceptionally smart choice if you like dangerous hobbies or work a dangerous job – although your job should cover you in most scenarios. I wonder if James Kingston has disability insurance. Although if he fell from those heights, I guess he would more likely need funeral insurance.

If you insist on driving a car, drive an older one. It’s best to do while young. Because while you’re young, it’s not really much of a bother. If it’s loud, ugly or uncomfortable – that doesn’t really matter. You can deal. When you’re old, however, these things will likely be more annoying. Drive a Citroën while young so you can drive a Mercedes when you’re older.

Being content with an older car will really make your savings grow. Driving an old car will probably allow you to purchase a home much sooner as well. So instead of thinking about an ugly car, think instead about getting a place of your very own much sooner. I’d still advise getting flatmates. Only it’ll be even better this time. Because you have full say over who lives with you.

Harness the Power of Your Network

While young, you probably have a lot of close mates. These mates, believe it or not, can actually help save you big money. That’s because you can take group trips together. This means sharing one big camper van. That’s super cheap. It also means you can get a deal because you’re booking hotels/tours, etc. with more than just yourself. These group discounts can go a long way. Plus, going with friends is really fun! Making memories whilst saving money is pretty special.

Adverts always want to sell you something. If you want to save money, just turn away from adverts altogether. This means limiting your exposure to things such as the telly, certain websites, newspapers, magazines, billboards, etc. When you must be in front of them, choose to ignore them. Muster that will power each one of us possesses. Find something else to think about – like the growing balance in your bank account. The thing that can wreck your savings goals is by feeling like saving money hurts. No one can keep up doing something that hurts.

Instead of thinking about not spending money, instead think about saving money. That’s the proper mindset. Go on and on in your head about how great it is that you’re saving big money.