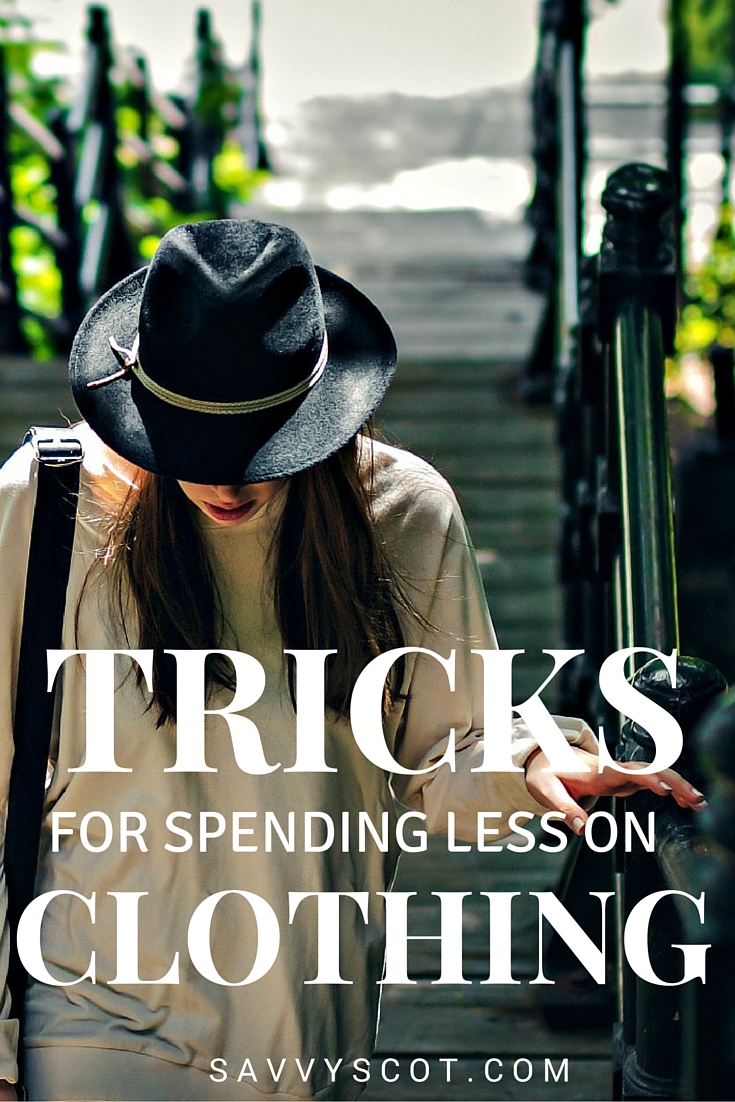 Clothing is one of those expenses we all must navigate. But fear not. Clothing doesn’t have to be expensive. And fear not again. You don’t need to look like a homeless person just for the sake of saving money. The following post shares ways to spend less on clothing – so you have more money for other things!

Now, I’m a guy. So I’m not 100% sure of all the intricacies that go into creating a capsule wardrobe for women. But I know about the basics.

The idea behind a capsule closet is that you will always have a good base set of clothing. Base clothing items include a little black dress, black dress shoes, brown dress shoes, etc. These are the basic clothing items everyone needs for any occasion. For women, you could probably include things like a few different styles of purses. This capsule closet is to remain with you year after year. You can dress up using said items. You can dress down using said items. The capsule closet is like the bread and butter of your wardrobe.

To save money on clothing, do the laundry more often. This way you’ll only need a few good pairs of jeans instead of a dozen. And you won’t have to worry so much about doing many different loads. It’s also a good idea to make sure your clothing sort of… matches up. What I mean by that is that you have roughly the same number of socks, underwear, t-shirts, etc. to get you through a set period of time. This way, you don’t have to do laundry simply because you’re out of socks. That doesn’t make much sense, does it? But avoid doing laundry so often that you’re doing small loads. That’s a waste of money… and more importantly… a waste of time.

I know a lot of people who won’t return anything to the store. They feel like they should be ashamed. They feel it’s wrong. I used to feel this way as well. For the longest time. But I’ve realized that the store’s number one goal is to make me a happy repeat customer. If I am displeased with a purchase, they want me to come back and get a refund. Whatever makes me happy in the long run.

If you have close friends who are about your same size, consider swapping clothing with them. This is a win-win. Essentially, you both expand your wardrobe by 100%. That’s pretty sweet!

Now, logistics can be a bit of a bear. That’s why this works best mainly with roommates. But if you see your friend a lot, this won’t be too big of a concern.

When I was in high school, I bought only the trendiest clothing. I didn’t know much about clothing then. I didn’t realize the shirts would be hideous is just a couple years’ time. I actually just got done donating about a dozen t-shirts from high school. They were all like new. Some of them I had only worn probably a dozen times. But off they went. I didn’t want to look like I couldn’t get past 2008. And I felt like an idiot wearing some of those shirts.

Instead of going to the trendiest stores and saying “gimme”, think classically. Go to time tested department stores. Find classic styles. Even if you don’t have an eye for fashion, you can still make a good go of this. You’ll know what looks timeless. To boost your confidence, I’ll clue you in on a few things: 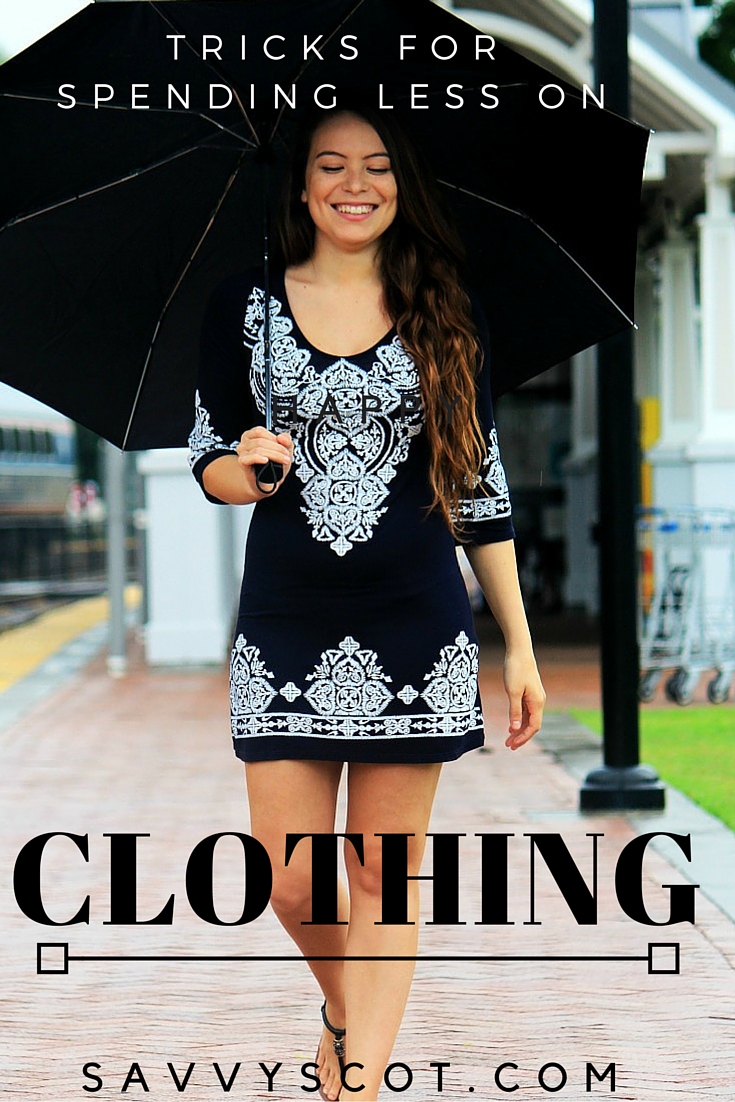 Shop at the Right Times

The best time to shop for a certain category of clothing is right after the season ends. In winter, shop fall dress. In the spring, shop winter dress. This is because stores want to get rid of these items to make room for the new season. Instead of shipping the stuff back to the warehouse to sit for a year, they’d rather sell it at a deep discount.

Keep an eye out for sales at your favorite stores. They seem gimmicky but can usually result in some really good deals. Low-end stores have clothing that’ll be ridiculously low cost. However, the quality probably isn’t great. That won’t match your mission to create a sustainable wardrobe. What I like to do is shop at the expensive stores when there are sales. You’ll still be paying more – absolutely. But the quality is fantastic and if you choose timeless options – it will save you money in the long-term. Wealthy people think long-term. Poor people think short-term.

How much do you spend on clothing?

How much per month would you say you spend on clothing? Perhaps set a goal to reduce that number. What else will you do with the cash? Fund a retirement account? Buy a new bicycle? Give it to your church? Do whatever you want!