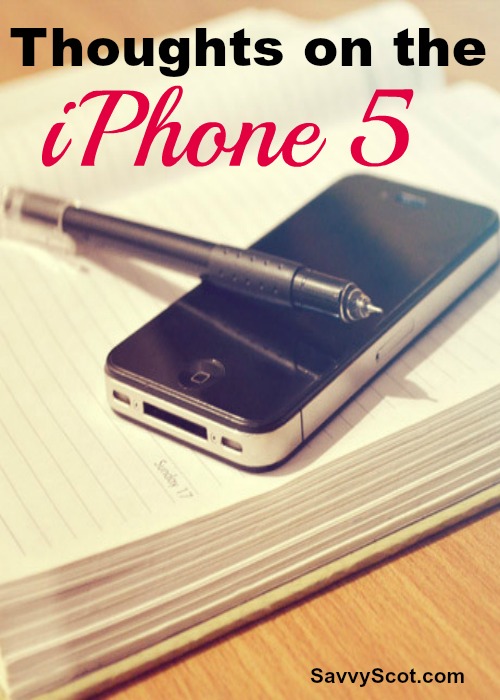 I wasn’t planning to write a post today, but given the hype around the iPhone 5 I wanted to say a few words.

Firstly, I will openly admit, I am an Apple Fan Boy. I have an iPhone 4S a Macbook Pro and a iPad (original). Mrs Scot also has a 4S and ‘the new iPad’. We have an abundance of Apple chargers at the foot of our bed – 4 to be exact.

Let me start by saying why did they change the adapter? I fully understand that the old port is getting on for ten years old and that new connectivity options (WiFi, bluetooth, 3G, 4G etc.) mean that many of these pins end up redundant. This has royally pissed me off… Personally I am not too badly affected; I don’t own any docks or many peripherals. I just think it is a bad decision. Why change a good thing? So what if half the pins are redundant… It worked and a lot of people have some cool accessories – some of which cost £100s – that they would rather not buy an adapter for or upgrade.

Secondly, Tim Cook is no Steve Jobs. I have made it clear that Steve Jobs was one of my icons, but bias aside Time just doesn’t even begin to fill Steve’s shoes. Did anyone else see the mistake Apple made earlier by updating search results before the products were released? How embarrassing.

As for the mediocre technological upgrades… I am not all that impressed. My iPhone 4S will suffice for the time being. I will be swapping my £40+ per month tariff for a sim-only all-you-can-eat data type contract come January when my contract finishes.

Apple better watch out.. they once dominated the market with a market share of 18.8% for 2Q year, with Samsung coming in a close second at 17%. 2Q 2012 indicate Apple’s market share as 16.9%, with Samsung a whopping 32.6%. Perhaps Apple will turn this around with outrageous sales of the iPhone 5?

This may come across as a anti-Apple post; it is not intended this way. For the first time I am not very impressed with the progress that the company have made. Combine this with the bad press of ‘bullying’ Samsung into paying $1Bn over a patent and more recently suing an online Polish grocery for copying their logo… Apple’s image is undoubtedly starting to change.

Anyone else got any opinions on the future of Apple?