Most of us worry about how much our car is costing us; fuel, insurance, tyres, servicing costs all mount up (and that’s without any unwelcome surprise repairs). This blog has written before about how driving at 50mph can cut your fuel consumption, and research earlier this year showed many of us have made a conscious effort to cut back on their motoring costs in recent years.

Perhaps surprisingly the research carried out by automotive data experts CAP showed that for most people, fuel economy would be more of a concern on their next car than safety! Now that might be because we think cars these days are pretty safe, but it could be awkward explaining to our nearest and dearest that getting a few more miles per gallon is more appealing than another airbag for them.

But regardless of whether we drive safely, economically, or ideally both, there were some other figures that came out of the research that might not be so surprising. Four out of ten people have skipped getting their car serviced in order to save money (which rises to two out of three people in the most financially-squeezed group questioned). It’s understandable; before booking a service you think about that horrible call from the garage when they say “We found a few things…” before they give you a quote that suggests car parts are sculpted individually from solid gold by master craftsmen in a distant castle guarded by dragons – then you decide to check the tyres, top up the oil and leave it for a few months.

But is skimping on the cost of a service a real saving? Regular servicing will help your car retain its value. You might think you’re saving money, but actually you might have lost more cash by not getting a service, as the price you’ll get for your car in the future goes down.

You probably have some idea what your car is worth, or at least what you hope to get for it if you trade it in or sell it. That’s money you’ll be depending on to go toward your next car, but don’t look on it as money in the bank; CAP showed that a third of people who valued their car before selling it made the disappointing discovery that it was worth less than they had thought.

So, avoid a nasty surprise by checking your car’s value through CAP’s free online valuation service. It is worth doing if you are serious about planning your financial future, and good planning is one of the best money-saving disciplines you can adopt. You’ll either get the reassurance that you’re right about the value of your car, or be forewarned (and forearmed). The good news is that eight out of ten people that have used CAP’s free online valuation said it helped them get a good price when they sold their car (which rose to nine out of ten of those people that traded their car in with a dealer).

Buying or selling a car can be an anxious task for any of us and the impartial information offered by CAP is a great way to help you find your way through the conflicting claims of self-appointed “experts”. CAP are independent and their services are used by most car dealers, so using their free tools gives you the same knowledge as the people in the car business, and a bit more confidence that you know what’s what when it comes to the cost of your car. 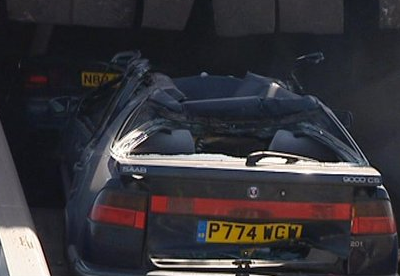