An equity release is a way of acquiring funds from existing ownership on your property. The release is something to consider at retirement age if your monthly income is insufficient, or if you’d just appreciate some of the tax-free money that becomes available to you once equity is released.

There are typically no monthly repayments if you choose to release equity. The amount is only repayable on selling your property, moving into a care home or on you and your partner passing away – this is a commitment that will span the rest of your life, so it’s essential that you fully research the plans available to you before making a final decision.

Releasing equity from your property is a fantastic way of getting a tax-free cash lump sum, but there are a few more things that need to be considered before taking that first step. If you have children that you’d like to leave an inheritance to, be aware that taking equity out against your property will dent the amount left to them on your passing.

This is in part because releasing equity from your estate reduces the value of it. Many people choose to get their children involved at the early stages of releasing equity, and this tends to be the best way of getting everyone on the same page, letting them know exactly where they stand and most importantly of all, understanding why this decision has been made.

You could also consider down-sizing, and releasing some money from your existing property in that way. Moving is hard work, but it can be a cathartic experience to have a big clean out before moving on to something altogether more manageable. If moving isn’t an option, re-mortgaging could help, as could borrowing money from your family.

These are all realistic options, but for some they might not be entirely suitable. For some, the notion of an equity release is the most sensible option – and that’s by no means a negative thing.

In fact, in the last quarter of the year there has been a 10% increase in the amount of money being received by homeowners on deciding that releasing equity was the right move for them. This is fundamentally down to the resurrection of the property market, where house value is increasing at a reasonable rate for the first time since the 2008 financial crash.

The statistics associated with equity release are complex. It’s a tough thing to keep an eye on in the financial industry, but the Market Monitor report from Key Retirement Solutions is a great tool for doing just that. The latest report explains that there have been more people releasing equity from their estates – 5.5% more in fact.

There has been a change in the need for the money that can be released. The equity released is proving to act as a solution for the growing problem of the interest-only mortgage, as approximately 23% of customers have used the cash to clear the owing capital on their mortgages. Some, however, are simply using the cash to improve their quality of life, as 59% of Key Retirement Solution customers have used their money on improvements to the home and garden.

Equity release plans have grown in popularity in many regions of the UK, but particularly Northern Ireland, the Southeast and Scotland, where the total amount released was higher too. London also recorded increases in the value being released.

There’s no denying the fact that equity release is proving more and more popular, especially so in certain regions of the country, and remains a solid option for those that are planning their financial future. 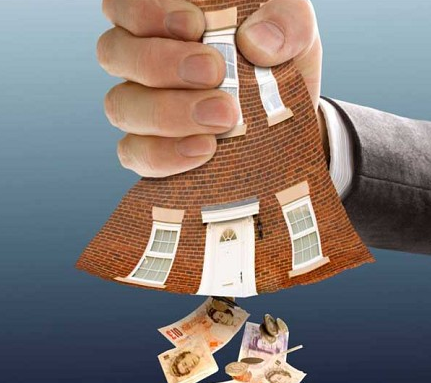