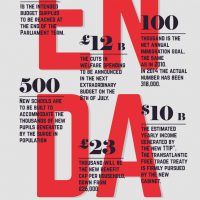 May 7th 2015 was the day of the 55th General Election in the UK, which saw Prime Minister David Cameron secure 331 of the 650 seats of the Parliament. The Labour Party led by Ed Miliband won 232 seats, and the Scottish National Party was the third largest representation, winning 56 of the 59 seats… END_OF_DOCUMENT_TOKEN_TO_BE_REPLACED