The introduction of government schemes has seen demand for property rise over the last few years. London has seen the largest rise in house prices in the UK, with prices reaching double the national average. The interest from international buyers and the introduction of new wealth has seen London’s property prices hit an all-time high, with many people being outpriced by the new developments. So when did the rise in London’s property prices begin to occur and what does the future hold?

The property market hit an all-time low in the years following 2007 due to the economic crisis and the high prices seen during 2007 are only just beginning to appear on the market again in 2013. A five-bedroom property in Hammersmith was worth £2.2 million in 2007 but is now worth £2.5 million showing the steady growth in the London property market over the last six years. A mere 28 nationalities were buying London property in 2008 compared to 64 nationalities showing interest in London property in 2011. Prices have increased by 57% since 2009 showing that London’s property prices remained relatively static during 2008 and 2009.

In the past year alone, house prices in London rose by 9.4% which is the highest increase seen in the last three years. Currently, house prices have risen to over £500,000 indicating that competition for housing in London is prominent, therefore enabling landlords to achieve quick property sales. The average selling price of a London property has reached £374,568 which is a new record for the city. Buying a house in Chelsea or Kensington could cost buyers an average of £1.1 million. Houses or flats in London cost almost double those found elsewhere in the UK with the average asking price sitting at around £161,793. In comparison, house prices are falling in the north of England.

Comparison with the Rest of the UK

Property prices rose by 0.3% month on month over the last year throughout the UK whereas London’s property prices rose by 0.7%. In fact, the growth seen in London is responsible for much of the growth seen throughout the UK. Sellers are receiving 95% of their asking prices on London property whereas the rest of the UK is only achieving 93% of their asking prices. Although London appears to be outperforming the rest of the UK, there are some areas where property prices are increasing such as Oxfordshire and Cambridgeshire. However, London has seen the steepest rise in property since the recession hit in 2007-2008.

Overall, London appears to be the one of the main areas of the UK which has seen significant growth over the last few years. It is predicted that the price of a UK home will cost an average of £267,000 in 2018. London has remained one of the most expensive places to buy a home due to the flow of overseas money coming into the capital.

This makes me confident in my decision to buy a property in this part of the country recently. 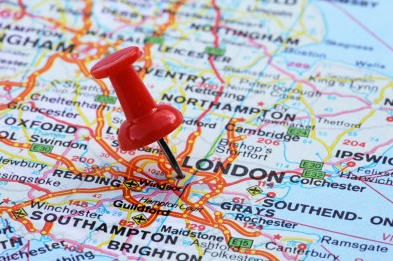 How is the value of your home holding up?