Hope everyone had a good weekend. I got up early and watched the Chinese Grand Prix this morning… and what an exciting and thrilling race it was too. I used to think that watching F1 was quite boring, but after meeting Jenson Button late last year and reading up on some of the rules, I must admit that I am hooked! If you think F1 and NASCAR are extreme, perhaps you have never heard of the Dakar Rally:

Many motor races and venues demand much of their car and driver. Formula 1, for example, subjects the driver to hours of extreme G-forces, rapt concentration and dehydration. The Nurburgring was described by Sir Jackie Stewart as the ‘Green Hell’ in a reference to its leafy surroundings and killer corners. All forms of rally sports exact a great price on car and driver, but perhaps the most extreme event in motor sport is the Paris – Dakar Rally.

The history of the Paris – Dakar Rally begins in 1977. A Frenchman, Thierry Sabine, got himself lost in the sands of the unforgiving Libyan Desert during the Abidjan-Nice Rally. After being saved from a roasting death under the desert sun, he returned to his native France with the germ of an idea. Instead of being chastened by his experience, he was enthralled and wanted more such adventure. He came up with the idea of the Paris to Dakar rally. Sabine thought up a motto for the proposed race: “A challenge for those who go. A dream for those who stay behind”. It aptly sums up the openness and spirit of the race.

The proposed route would run from Paris to Algiers and cross Agadez before finishing at Dakar. It was an extraordinary challenge and open to all, amateurs included. Would anyone accept that challenge? It seems that many shared Sabine’s spirit of adventure because on 26th December 1978, 182 vehicles arrived at the Place du Trocadero in Paris for the start of the 10,000 km race to Dakar and a legend was born. In that first race, 74 of those 182 starters made it to Dakar and Cyril Neveu, riding a Yamaha 500 XT, was the first winner.

Over the years an eclectic mix of motorsport champions, enthusiasts, amateurs and eccentrics have come together to challenge the desert and inspire the public. The Dakar, as it is now simply known, is an event unlike any other. It is certainly a race but beyond that, it is a test of endurance and navigational skills. Some 50 nationalities take part every year and the event is watched on television by a billion people in nearly 200 countries. For many years the Dakar was run across Africa, but after the 2008 rally was cancelled due to security issues in Mauritania, the event was moved to South America. The 2009 race was the first to be held on that continent and saw 271 vehicles cross the finishing line.

The Dakar has never been far from controversy. In its history, more than 20 competitors have been killed and it has also claimed the lives of spectators, including three Africans who were killed in 1988. That incident drew widespread criticism of the race from sources as varied as the Vatican City newspaper, which described the race as a “vulgar display of power and wealth in places where men continue to die from hunger and thirst’ and the Green Party in France which called it “colonialism that needs to be eradicated”. Other green campaigners have criticised the environmental impact of the race, both in terms of CO2 emissions and damage to the often fragile desert ecology.

Nevertheless, the race continues to draw widespread interest and competitors from around the globe. The very fact that it demands so much, both of car and driver is perhaps its greatest attraction. In the latest South American race, temperatures soared over 40 degrees and some teams had to negotiate stages overnight to prevent their cars overheating. Drivers had to drink up to ten litres of water a day and also faced altitude sickness as the route climbed from 1,000m to 5,000m in a single day.

Even in this latest race, tragedy has dogged the Dakar. A local taxi in Peru collided with a race support vehicle, killing two occupants in the taxi. The Dakar continues to be controversial. As one of the most extreme of extreme sports, danger is never far away. Whereas it could be argued that participants accept those risks when they decide to compete, civilian casualties are harder to justify. The Dakar is now a moveable feast, deciding each year on the course to be raced. Despite enhanced safety measures, it remains to be seen how many more countries will be willing to accept the notorious race. 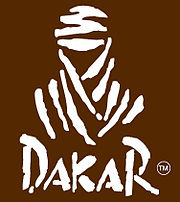 The Question is: Would YOU race the Darkar Rally?