Premiership football is back and it has been another busy summer of spending by the 20 clubs involved. Whilst much is made of the levels of debt at the clubs, what about the levels of debt for the people in the areas represented?

Interestingly though, these same areas also had the highest average income, thus creating a correlation between spend and levels of debt.

However, whilst there are many factors that affect debt, (including hobbies like following a football team) in this case there wasn’t a direct connection as both Newcastle and Sunderland faired rather well in the table of how much it costs to follow a Premiership team for the 2012/13 season. 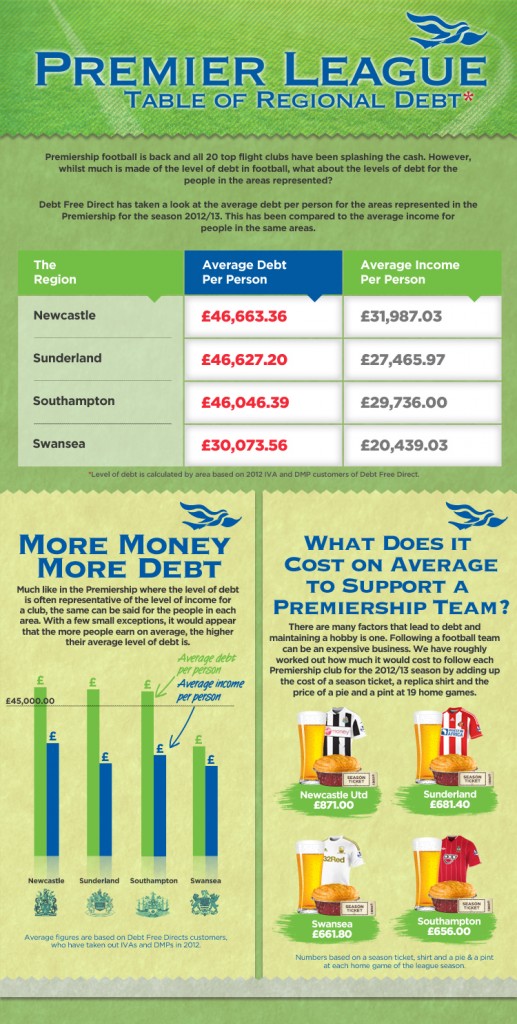