It seems like only a few days ago I was writing a January update post… where the heck did February go?

February was an EXPENSIVE month for me. Within a four week period, I have to contend with the following –

I don’t think it will come as a surprise after reading the above list that we didn’t manage to save much. I still managed to invest all the income from SavvyScot in Stocks and Funds towards my goal of generating a Passive Income from Investing. If you are interested in knowing more, then you will have to sign-up to the newsletter by entering your email address to the right —->. Our portfolio has an average gain of around 15% over the last 5 months which I am delighted with! How’s yours performing?

The health and fitness regime is going very well. I continue to train 5 times per week and am starting to notice some serious results. With only 9 weeks until Mexico and about 13 until Tough Mudder, I need to keep this up. I intend to sustain the fitness all through the summer for the London JP Morgan fun run and then my second Tough Mudder in October. Maybe that’s easier said than done… It is going to take some serious discipline to put in a gym session every morning in Mexico!

Traveling All Over the World

Aside from writing this blog, I have a pretty demanding full-time job. March will involve traveling to Norway, Latvia and Moscow. April will involve a week in Houston and then of course Mexico in May. The eBook that I have been involved in with a bunch of other PF bloggers will also shortly be released. Maybe this will make me a millionaire and I can become a permanent vegabond?

For those of you who entered the £300 giveaway this month, you will be eager to hear the results. A Massive Congratulations to Melanie Jane Stirling who was chosen at random via Rafflecopter. Enjoy your prize.

And a New Giveaway

As one giveaway ends, a new giveaway begins! One of the things that I love about giveaways that have a defined prize (instead of cash) is that you have the opportunity to win something that you would likely normally never buy. Like, for example – a Canon Rebel T4i Digital SLR camera. One of my friends owns one of these bad boys and they retail at over $1000!! The prize also includes up to $50 towards shipping – so my fellow friends on this side of the pond can also enter.

What better way to start documenting the year (or starting a new hobby) than with a brand new camera? 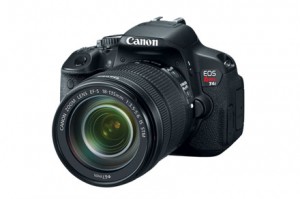 This giveaway is brought to you by Structured Settlements; a company who allow you to sell annuities.

What’s the most exciting thing in store for you in March?