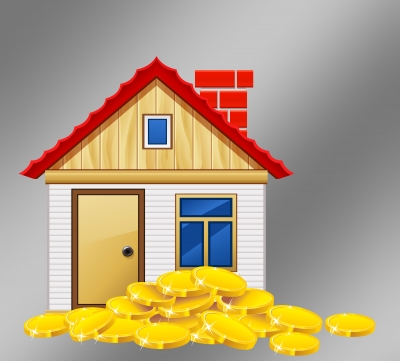 According to the Social Security Administration (SSA), the cost of living has increased, which is why SSI payments have increased 1.7 percent for 2015. Despite this increase, living on a fixed income can still be difficult. The COLA (cost of living adjustment) reflects inflation currently present in the world; it’s not a raise.

Whether you’re living on a fixed income, or you live paycheck to paycheck, it’s likely you’ve struggled to save money. According to The Wall Street Journal, “One in four Americans has no emergency savings.” Greg McBride, the chief analyst at Bankrate.com, blames stagnant incomes and high expenses for the lack of emergency savings accounts.

In short if you want to save money, it would be wise to make more money and reduce costs. Finding a better paying job or securing a raise may not be a possibility, but reducing household costs can begin right away. The following is a guide to help you reduce costs, and save green.

If you use less energy, your energy bills go down. It’s common knowledge that shutting off lights and appliances reduces consumption, but did you also know that unplugging electronics and appliances when they’re not in use saves money?

Vampire energy is a term used to describe standby power, or electricity that is consumed by electronics that are plugged in, but turned off. The Department of Energy offers this warning:

“Energy vampires are often responsible for adding 10 percent or more to your monthly utility bill.”

·  Invest in energy saving light bulbs, such as LEDs and CFLs

If gas is your main source of heating, you can quickly lower your bill by lowering your temperature. Even just knocking off a few degrees can have a significant impact. Here’s some more ways to reduce your gas costs:

·  Install a programmable thermostat, or install a Central Air unit

·  Seal windows and other drafty areas; you can use caulk, plastic, spray foam, or weather stripping

Have you talked to your water supplier about having your water meter fitted, so you’re only paying for the water you’ve consumed? If not, it may be time to broach the conversation. Most Americans don’t realize they’re paying a fixed rate, which could mean you’re paying for more than you’re actually using.

Here’s some ways to reduce your water consumption, and thus lower those bills:

Other Ways to Save

Cable, Internet, and other expenses can be reduced too. You could cancel your services, but there’s no reason to punish yourself for living paycheck to paycheck. You don’t have to sacrifice it all. Instead, cut some corners and reduce your costs.

One such way to ensure you’re saving on cable is to do some comparison shopping using TVLocal.com, where you’ll be invited to compare your service with other providers. It may be beneficial to switch providers to one that is more competitive, and offers additional channels at no additional cost.

Similarly, make use of comparison sites for all your other bills. Look for the best deals on insurance policies, and then bundle them to save even more. By taking these small measures, you can reduce your household costs significantly. Soon, you’ll become accustomed to the changes, and you’ll be able to save money each month for an emergency fund.