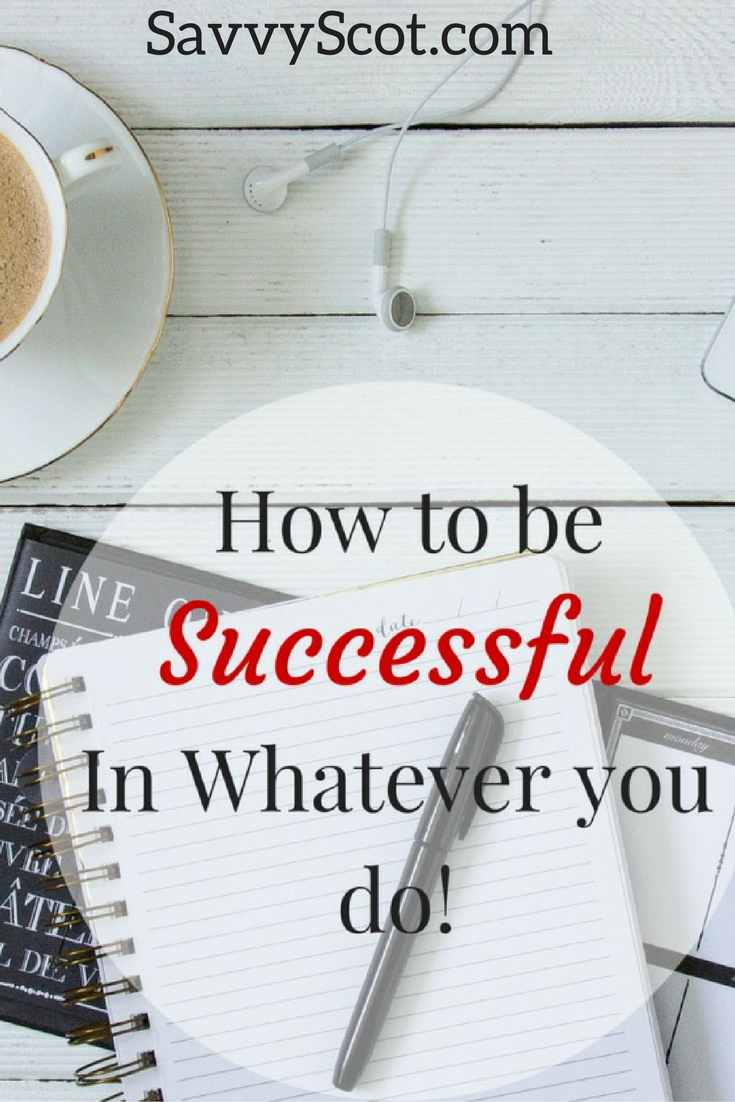 Maybe you’ve heard the success stories of Steve Jobs, Warren Buffet, and Oprah Winfrey.  You listen as they describe some unimaginable challenges and become inspired by journey.  However not inspired enough to think that you are capable of ever reaching or exceeding their level of success. In fact, although you’ve listened to their challenges from them personally, your focus becomes their success and riches NOW!

Even before the New Year came, I’m sure there was something you wanted to achieve that you didn’t.  You may have wanted to lose 30 pounds, or start a successful blog, earn more money, get out of debt, change your lifestyle ect.  You became excited about your new thought or project and immediately begin to look into others successful journey’s or accomplishments.  As you begin doing the research, you become more and more overwhelmed which then leads to less and less interest and then failure as a result of quitting or never starting.

With social media and the instant access to one’s “successful” lifestyle, the lifestyle you desire, it’s easy to be extra hard on yourself.  You become resentful at those social media profiles or even the universe, thinking about how “lucky” this person is over you.  Well the truth is, it’s very unlikely that someone is more successful than you because of luck.  In most all cases, success becomes the result of hard work and sacrifice.

This is a phrase that begins in early childhood.  Toddlers utter it so often and caregivers and/or parents correct it almost immediately.  Teachers, coaches, and other influential adults also encourage to “stop saying you can’t.”  It remains applicable in adulthood.  In order to be successful, believing that “you can” should become one of the first thoughts and affirmations that you change and repeat.  Once you believe that “you can” do it, the overwhelm subsides and the determination emerges!

Another thought that begins to hinder success is the thought of something being too much.  Whether too much weight, work, time, money…etc, the truth it is hardly ever too much.  In actuality, it’s only too long.  We struggle with wanting instant results, and anything past that point becomes unimaginable, disappointing, and unworthy of our commitment.

If you think people become successful because of luck, then you probably also believe that you are not “lucky” enough to be successful and/or you’re not special enough to be “lucky”   Either one is incorrect, and is hardly what is hindering your success.  Again, success is not the result of luck, intelligence, wealth, or class, although all good traits to have. If you come to this point on your journey towards success, then the only trait you do not have enough of is determination.

The operative word is need. Help, in most cases, is something that is wanted and appreciated but necessarily needed, and the lack thereof, is not what is hindering your success.  In any situation, I can think of there is a point where help becomes a catalyst in becoming successful sooner but not necessary in becoming successful.

Without determination, one day becomes someday, and someday never comes.  Becoming successful and staying successful is an ongoing journey, never a destination.  The concept of putting things off that will contribute towards your success is one of the biggest hindrances of all.  If you’re at the point that task or plan to becoming successful seems as if something that is too far away then break it up into smaller task that seem realistic and achievable.

I don’t have the time.

Again, becoming successful requires dedication and sacrifice.  Sometimes, maybe more often than you would like, the sacrifice may be time.  In order to be successful, you should evaluate where your time and energy is being spent or dedicated towards and see what can be eliminated in order to make your dreams come to life. However, if you really want to become successful, you will make the time.

After you’ve completely eliminated the negative thoughts above, and have committed to your journey, the next step is to determine what your success would look like. Refrain comparing your success from others because you may not be willing to sacrifice as they have.  Finally, develop a plan and put it into action based on your capabilities.

You are the only one in your way to success.  The single most important trait necessary in becoming successful is the thought that you can.  Once you truly believe that you will be successful, then none of the above thoughts will interfere or hinder you.  At the point that you become determined and dedicated to your successful journey, you confidence will surface almost as fast as the doubts do.