Remember all those times where you said “wow, that was close”?  I’d like to share a few of mine today, just to remember that no one is invincible.

First day in London, exploring the city. The first thing that struck me were the cars driving “on the other side of the road”. The council, probably tired of all the accidents, started painting on the floor of the pedestrian crossings LOOK RIGHT because people were always looking left and crossing in spite of vehicles going full speed toward them from the other side.

Anyway, after a while shopping in pedestrian streets, I completely forgot about the crossing precautions and set to cross a busy street. No one coming on the left, good, let’s go. That is when I remembered, and turned my head left in a hurry, to see that huge double decker red bus coming right to run me over. I jumped back to the curb in shock,  to what must have been insults from the poor bus driver who must see too many cases of tourist accidents. Now I always look both ways, just to be sure.

I went to university next to the Alps, and some of my peers had grown up on skis, spending all the winter months going up and down the slopes. I was lucky enough to ski one week a year with my family, but that was it. Except that I thought I was good at skiing, and set off to follow my adventurous friends on the steepest slopes… until I lost control of where I was going and what my skis were doing. I envisioned myself covered with a cast from head to toe, laying for six months in a hospital bed, as a best case scenario. But one thing I knew how to do well was falling, thanks to judo lessons. So while I still had balance, I forced myself to fall on the floor. And got a round of applause from the skiers going up in the ski lifts, but walked away with just a bruised ego. 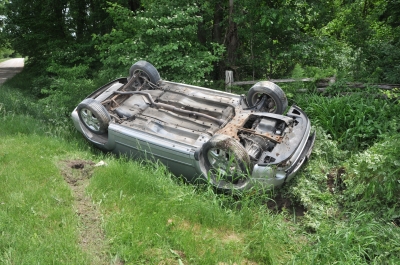 I hate flying, which is unfortunate as I used to fly once or twice a week, and now need to cross an ocean to go visit my family. But that particular plane ride was by far the one that made me hate planes the most. There was a tropical storm in Guatemala, and we were the last plane allowed to take off before they closed the airport because it was too dangerous. That was a shaky ride to say the least. And in a very small plane, as luck would have it, so you really feel every bump. My hands were purple from hanging the armrests all flight. I got off and started writing my will, even though my mum made fun of me and then called me morbid.

Long story short, you never know what can happen. You may be young and healthy, but no one is invincible. So better be prepared. You can check insurechance.com for more information about life insurance.