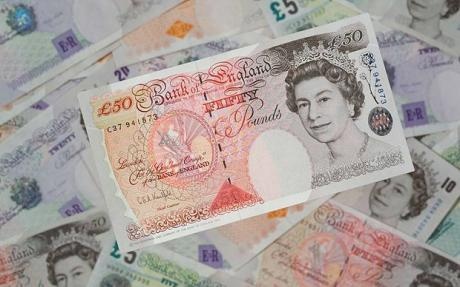 Learn what is financial spread betting and how you can trade the financial markets from your desktop.

That’s because announcements from the Federal Reserve have a huge impact on the US economy. And in the short-term the decisions she makes can dramatically shift the financial markets.

Why financial markets listen carefully to the US Federal Reserve

Analysts, traders and the financial press are constantly trying to predict what action the Federal Reserve board will take next. Meetings conducted by the Federal Reserve are held in private. But the actions that result from those meetings have huge ramifications for the whole of the US economy.

One of the most important functions of the Federal Reserve is to set the interest rates banks charge each other for overnight loans– known as the inter-bank lending rate.

The interest rate at which banks loan to each other overnight does not just affect banks it also has a direct influence on the cost of borrowing for businesses and individuals. By lowering or raising the interest rate the Federal Reserve can influence whether the economy will grow or contract.

Janet Yellen made a number of key points when she addressed the House Financial Services Committee on Tuesday, February 11.

She stated that she is ‘very concerned’ about rising inequality in the United States. She believes that this is one of the most important issues that is facing the United States at the present time.

She also noted that the influence of rising inequality on the recovery has not yet been determined.

She also expressed sympathy for those people on fixed incomes such as retirees during this period of low interest rates. But she stated that interest rates are low for a fundamental reason. That is that there is an excessive rate of saving relative to the demand for those savings for investment purposes.

She also said that the weak job reports for December and January were surprising to her. And, that policymakers should not act too quickly as the weather could have played a role in these figures.

The announcements from the new Fed. chair are already having an effect on the market. European stocks rose for a fifth day in a row as Janet Yellen pledged to continue reducing the stimulus due to a recovering economy. This was considered important because it demonstrated the Federal Reserve was going to continue with tapering but it would also not be a rapid exit.

Spread bets and CFDs are leveraged products. Spread betting and CFD trading may not be suitable for everyone and can result in losses that exceed your initial deposit, so please ensure that you fully understand the risks involved.

This information has been prepared by IG, a trading name of IG Markets Limited. The material on this page does not contain a record of our trading prices, or an offer of, or solicitation for, a transaction in any financial instrument. IG accepts no responsibility for any use that may be made of these comments and for any consequences that result. No representation or warranty is given as to the accuracy or completeness of this information. Consequently any person acting on it does so entirely at their own risk. Any research provided does not have regard to the specific investment objectives, financial situation and needs of any specific person who may receive it. It has not been prepared in accordance with legal requirements designed to promote the independence of investment research and as such is considered to be a marketing communication. Although we are not specifically constrained from dealing ahead of our recommendations we do not seek to take advantage of them before they are provided to our clients.