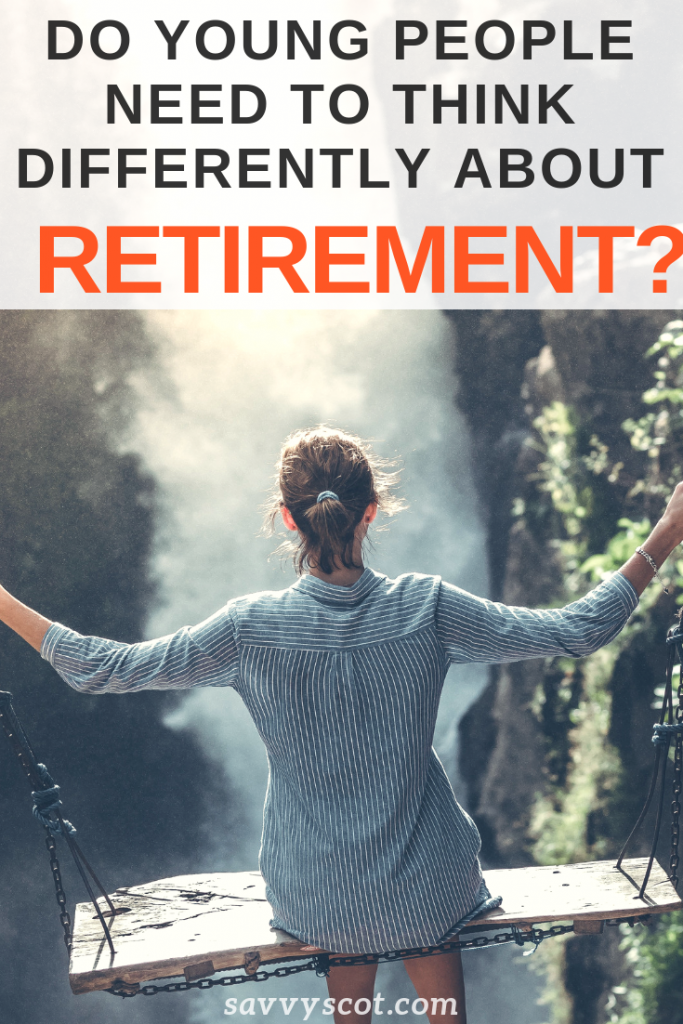 There have been a few studies recently that have provided some worrying insights into the attitudes of Britain’s young population to planning for their retirement. The figures paint a picture of a generation with surprisingly healthy savings habits, but totally unrealistic expectations about their future financial situation.

The Telegraph recently reported on a survey carried out by asset management company Blackrock, which found that 1 in 3 people aged 25-34 expect to have an annual income of £30k in retirement, despite the fact that only 1 in 10 have actually started paying into a pension!!

A 600k pension pot is what’s needed to retire at 65 and receive a pension of £30k a year. For someone aged 25 today, that means saving £400 every month until they hit retirement age. For someone aged 35 who hasn’t started saving for their retirement, it means putting aside a whopping £750 a month.

The survey did find that 25-34-year-olds are saving almost 20% of their monthly disposable income, which is a higher proportion than any other age group, but 88% of them aren’t putting any of what they’re saving towards their retirement.

Instead, most of the money being set aside will be going towards the purchase of a house, with young people focused on getting on the property ladder rather than worrying about how they’ll fund their lifestyle 30-40 years down the line.

Global financial consultancy the deVere Group recently carried out their own survey, polling 232 retired millionaires to get their take on these competing concerns. 62% believed that getting on the property ladder was ‘important’ to ‘extremely important’, whilst 78% felt that building an adequate retirement income should be a priority.

And investment company Skandia asked 500 professionals in their 50s what financial advice they’d give to younger people. 71% urged those in their 20s to prioritise saving for retirement, with Graham Bentley (head of investment strategy at Skandia) lamenting the “mismatch between what young people believe they will achieve and what they are actually doing to ensure they will have enough funds to support a comfortable retirement.”

With increasing life expectancies and record numbers reaching retirement age in 2012, it looks like working for longer may be the only answer. Commenting on the increasing number of fit and healthy older people, Dr Ros Altman, director general of Saga, has said: “That is very good news as long as we are prepared to take advantage of their talents and that they have prepared for their later life. We know that a lot of people have not necessarily prepared enough but working longer will have to be the answer.”

What do you think? Are you happy with your preparations for retirement and what age do you expect to stop working?