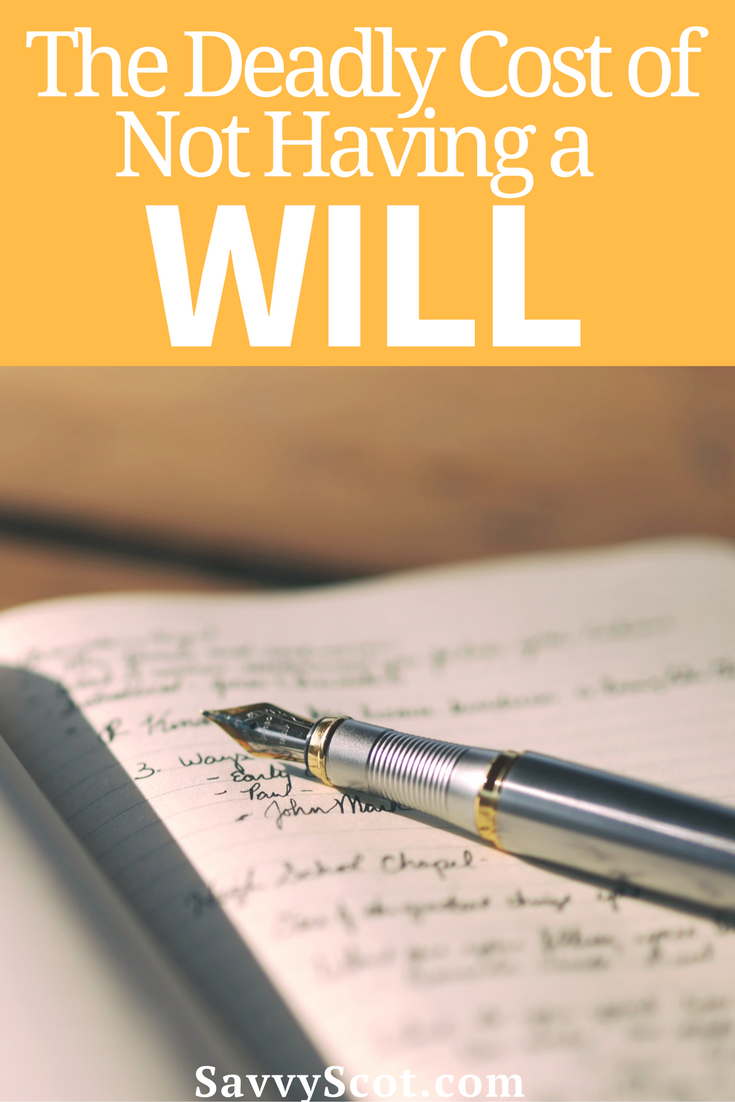 An important part of managing our assets includes creating a will. Death isn’t something we want to think about, but it’s going to happen to us all. Having a will in place helps safeguard our desires upon death.

Keep in mind that certain places may have laws in place regarding those who die without a will. These laws can interfere with your wishes. You shouldn’t rely on your family to fulfill your desires. They may get it wrong, or the state may not allow them. Your assets may even be distributed to somebody you would not have chosen.

If the state is in charge of your estate due to lack of a will, the costs can quickly add up. The cost to hire an ad litem to represent somebody who may not be present during a hearing to determine heirship could add up to £1,000 or more. Multiple hearings may be held adding up to more money. Families often find themselves paying for these costs out of pocket. Sometimes these fees are taken out of the estate, but either way you are costing your family money that could have went to helping them.

Remember that having a will isn’t for you. It’s for your children and heirs. Without a will, inheritance tax must be paid on the estate if over the threshold. Can you family afford these taxes?

If there are no found heirs and no will, the government takes control over the estate. Even if you aren’t leaving your assets to an heir, charitable contributions can be put inside a will. Don’t think that not having an heir means you don’t have to have a will.

Without a will in place, your children can suffer. The state will decide what to do with not only your belongings, but in some cases, your children. Included in your will should be an appointed person to take charge of your children as well as a backup plan.

Other property may be sold or given away to people you didn’t want having it. Heirs will have to pay legal fees to get deeds in their name if you don’t include things like that in will.

Think your family will peaceably split your possessions? Think again! Avoid family members arguing over your possessions and creating broken relationships left in those living. Even if the family agrees, the legal system isn’t known to be quick. The average time it takes to sort an estate is 9-12 months.

Death is expensive. The average funeral costs £3,000. Plans for burial should be included and if money is left, part should be designated for the burial. No family should have to worry about the expense of the funeral while still grieving a loss.

The ability to include or exclude beneficiaries is non-existent without a will.  Those left behind in same sex partnerships may find themselves receiving nothing as many states do not recognize same sex marriages as legally binding and common law does not apply to same sex partnerships. Taking care of your partner’s future, means adding them to your will now.