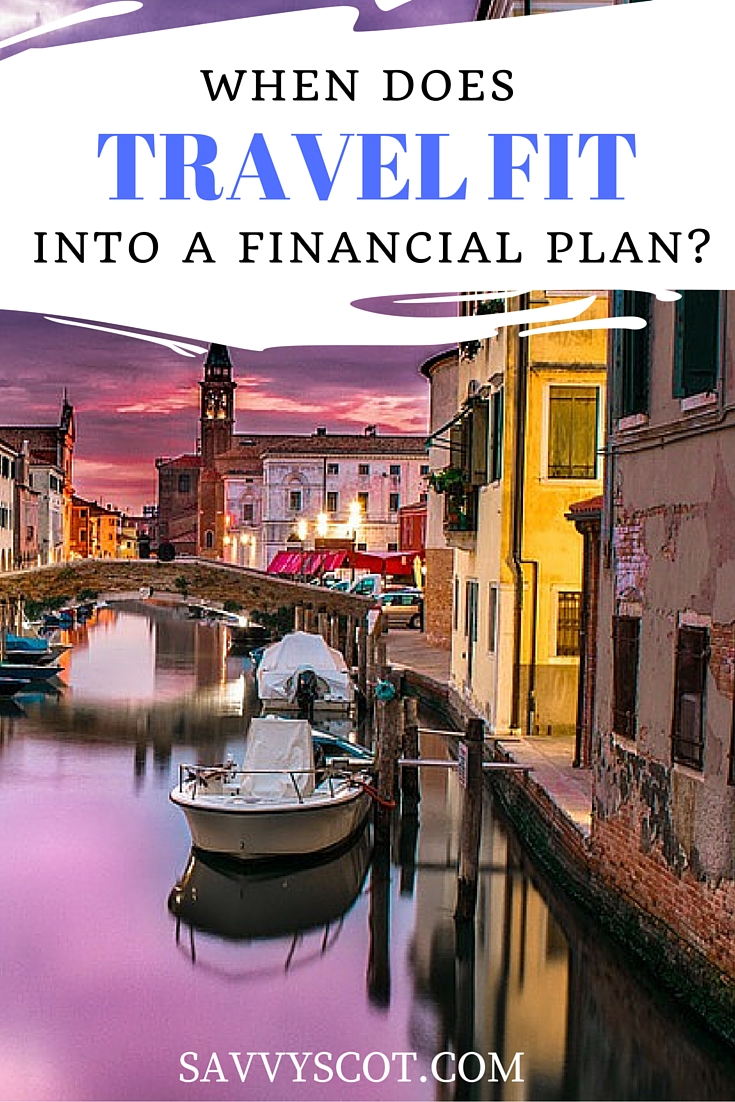 This is a question I’ve been contemplating since I was 14. When I was 14, I had my first job. The job didn’t pay much but since I was in high school, I was able to save nearly everything.

One day, there was an early morning meeting about a group tour. A tour company came to our school and pitched the idea of taking anyone who wanted to go on a trip through Europe – all inclusive. Because we would be going in a large group, the cost was not that great. I believe the price was around $3,000 USD. Not bad.

Many of my friends signed up. Two weeks in Europe did sound pretty great. Many people pressured me to go. Upon initial review of the proposal, it did seem pretty great. Until I took into account opportunity cost.

Yes, opportunity cost is the cost of doing something with your time. Since the trip was over summer break, this trip would cost me greatly in opportunity cost. Let’s break this down.

The trip cost was $3,000 (£2105.48). Even at 14, I could swallow that pill on my own (my parents wouldn’t help). But the real kicker was that I would have two weeks fewer in the summer to work. I’m not really sure what I was paid back then. I’m also not really sure how many hours I worked. But I believe it’s safe to say I was earning $400 (£280.73) per week. This brought my total cost of the trip to $3,800 (£2666.77). Now THAT was getting to be a lot of money. Plus, being absent from my job for this long would be a reduction in job security. What if I came back and my boss decided to replace me with someone else even though he said it was okay that I leave? I just really couldn’t justify taking the time to spend $3,800. It just didn’t make sense for me at that age. Oh, and you really need to consider opportunity cost as well. If I were to invest that $3,800 (which I did) instead, it will grow to tens of thousands of dollars within the relative near-term. Yes, that innocent $3,000 trip would essentially have turned into tens of thousands of dollars lost. I didn’t even want to go that badly.

See, mathematically it doesn’t make sense to travel while young. At least… not when only looking at the above illustration. So what about going into the future. What about future opportunity cost?

You see, me making $400 per week isn’t much money compared with what I’m making now and what I’ll be making in the future. So the opportunity cost of being in high school isn’t as great as it may seem. After all, if I travel now, I’ll be missing much more work, thus missing out on a lot more money.

There are many pros and cons to travel while older. For cons, it will likely cost more. This is because you’ll probably prefer a higher standard of living whilst traveling. You probably won’t want to stay in hostels, sleep in tents or set up camp in the backseat of your estate car. No, you’ll want safe, comfortable places to be down.

Furthermore, your health may not be as good if you wait to travel until, say, retirement. You may require medications. These medications may be hard to get where you travel to. Your insurance may not apply outside of your country. This means you’ll have to get a form of travel insurance – or risk a hefty bill should you fall ill.

Getting older means you may not be able to enjoy as much either. Rock climbing, kayaking, surfing may all be out of the question. However, you may be able to enjoy the other things much more. I know for myself, the older I get, the more I appreciate conversations with locals, local culture and museums. So just because you can’t enjoy some activities, don’t think of yourself as being too old to have fun traveling.

Between the two extremes, you could travel while you’re middle-age. This is good except you are at the height of your earning potential. Although if you have a salaried job, this may not be such a big deal. You’ll also have kids. If you bring them along, that’ll get much more expensive.

This is difficult. The obvious answer is that you should travel once you retire. After all, that’s what most people do. It’s because at that age they have time + money to travel. However, carpe diem, right? If you want to make sure to live life to the fullest, you may want to travel now.

I’m afraid there’s no easy answer. For me personally, I’m choosing to build up my income before traveling too much. I travel some just not as much as I would if money weren’t an issue. It just feels like the responsible thing to do. Once I’m doing well financially, the world will be my oyster.

When do you feel is the best time to travel? While young? While middle-aged? While retired? Or do you have a more chill view towards the matter – that a person should travel throughout their entire life. A mix of ‘all of the above’ is probably the correct answer.