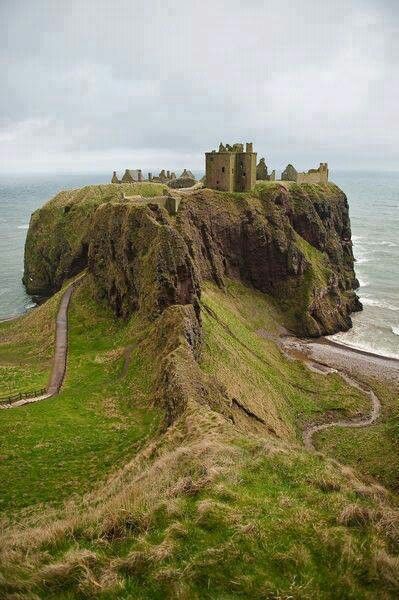 On the 18th September, Scotland voted to remain a part of Britain by a margin of 55.3%. Although there is a sense that Scotland should remain as it has been in recent years – married with England as Britain, there’s also a sense – even from staunch “No” voters – that things need to change.

In other words, although the referendum was spun as one that – given a “Yes” vote – would generate Scotland the means to operate independently and finance itself , or given a “No” vote force Scotland to remain under the boot of Westminster rule, both sides of the vote are calling for the same thing. That thing is financial independence from England, but now that Scotland has voted to remain in bed with England, the question is, how is it going to assert its authority to deliver the change that all Scotts want, and indeed, will such change be delivered any time soon. In this article, we address those questions and come to a somewhat optimistic conclusion.

No: A Vote for Total Stagnation or a Vote for Financial Safety In Numbers?

We all know that Scotland has voted against Scottish independence, but a question remains as to whether a no vote was a vote for business as usual – i.e. with respect to Scottish financial autonomy: financial stagnation – or one simply for financial safety in numbers.

Clearly, those inside Westminster would like it to be the first of those options: business as usual, as this would allow Westminster to reap the financial rewards from the North Sea Gas that Scotland provides it. There’s some evidence to suggest that many “No” voters were voting to keep things the same, too. For example, as this article published by Different Money suggests, many of the Scottish middle class who have private personal pensions would fear a change in the way their pensions would operate – given independence, so for these (perhaps legitimate) reasons, many probably saw fit to vote “No”.

On the other hand, many would argue that the vast majority of people who voted against independence were simply looking to protect Scottish assets by sticking with England – a sort of safety in numbers approach, like penguins huddled against an economic arctic storm of change and uncertainty.

Instigating Change from Within

People who have voted in this way (there is dispute over precisely who these voters are) are not against change. Indeed, most of the evidence suggests that the vast majority of Scots are looking for social and economic reform and the devolution of powers to Holyrood. The exact question is how, precisely will these powers be devolved, and in what sort of timeframe?

So, if the change that Scotland is going to come from within, who will be the one to deliver it? With Nicola Sturgeon to be the next SNP leader and First Minister of Scotland, could she be the one to push through the powers Scottish voters want? Of course, it is the mandate of the SNP to fight for devolution powers, but will Westminster hand Sturgeon the keys? Whatever is decided looks like it will be decided following the 2015 elections, so delays are already being forced on the Scottish people.

According to the wisdom of the great late Tony Benn, ‘all progress has always come from underneath’, so for Scottish voters to get what they desire (i.e. greater Scottish powers), they will need to place great pressure on Westminster to make anything actually happen. Ultimately, if England is left to itself, it could be years before Scotland sees the changes it collectively wants, so acting now can only help the Scottish cause.