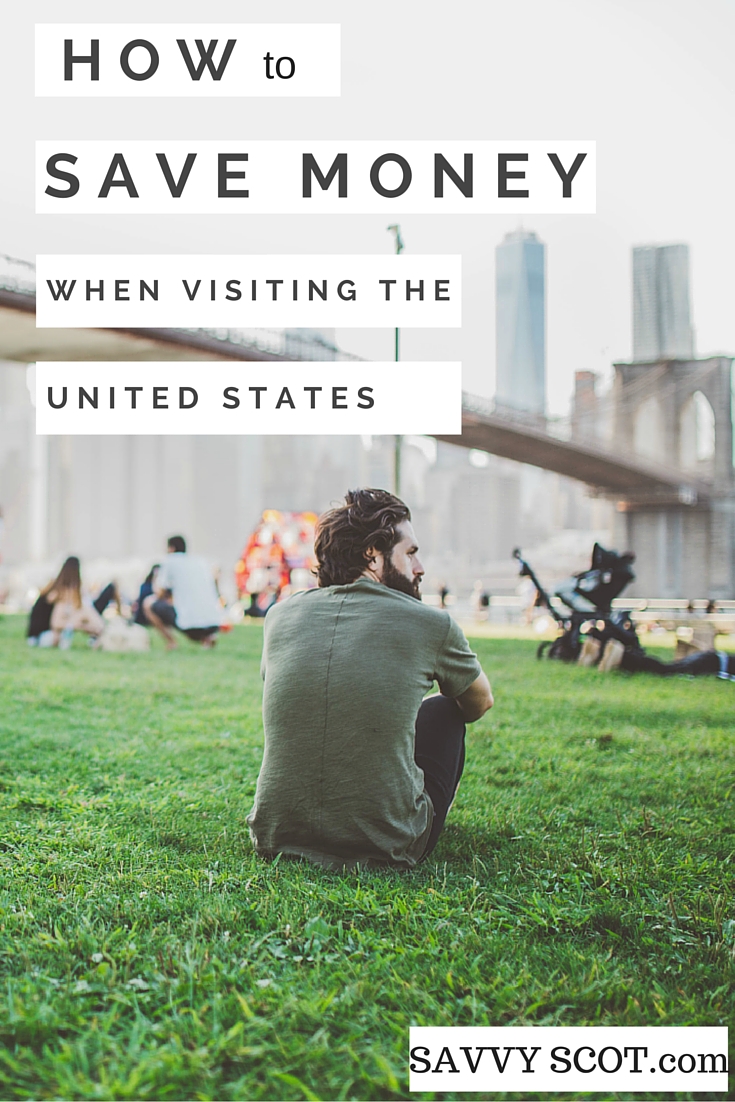 When visiting another country, it’s easy to spend obliviously. You’re out of your comfort zone. You’re not even sure how to behave normally, yet alone how to one up everyone by saving money on things. But this post will help you prepare for great savings when you visit the United States. Let’s get started.

No One Uses Taxi’s

No one uses taxi’s anymore in America. Sure, they’re available. But they are expensive and most people actually prefer using one of these alternatives. Most Americans-in-the-know use Uber or Lyft. They are apps. Basically, anyone with a clean background and a new-ish car can become a driver. You get on the app, request a ride and a local will come pick you up. The cost is really reasonable and it’s often much more pleasant than riding around in a dirty taxi cab.

Tipping Isn’t Required – Though Frowned upon if You Do Not

Tipping really isn’t too common. There aren’t many people in America you need to tip. But there are some exceptions. At sit-down restaurants, tipping is done by most people. Unless you have a large party though, it’s not required. Although the only people who don’t tip are people who’ve had a terrible experience. It’s also considered polite to tip anyone who does some labor for you – like someone who carries your luggage or delivers something to your hotel room.

If you want to save big money on restaurants, dining or experiences, you may want to check out these two websites: Groupon and LivingSocial. They offer large discounts. All you do is browse their sites, based on what city you’ll be in. You’ll then see what places are offering discounts (usually anywhere from 20-70% off). You pick a place and buy it’s coupon. When you go to the place, either have a printed coupon or some places will accept a coupon on your smartphone. It’s really easy, not too embarrassing and will save massive amounts of money. Many, many Americans use these sites.

Tipping hotel maids isn’t something that’s done too often. But some people believe tipping on the first night especially ensures you’ll get an extra clean room from there on out. Hotel maids in America aren’t paid too well. So an extra $10 or $20 may go a long way. It may also keep the maids from stealing anything you leave behind in your room. It’s a big problem in the US.

“No, we never found an iPad in your room. Perhaps you left it on the plane?” *shakes head* 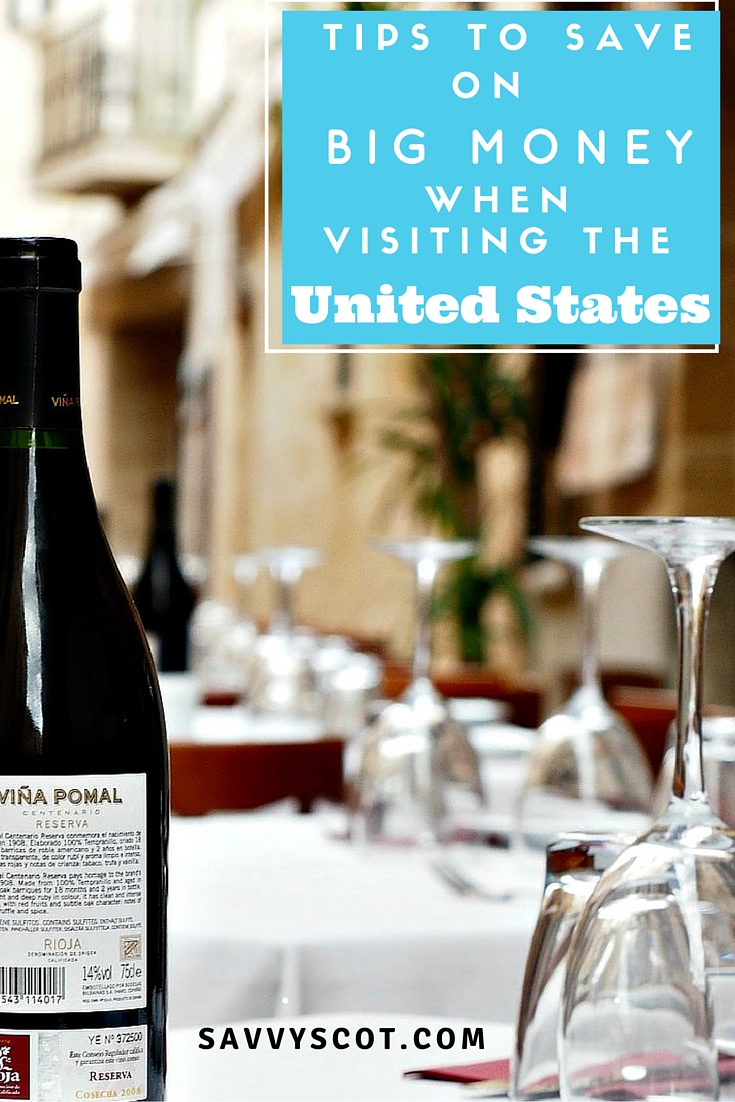 Not many people do this but it’s pretty easy. If you arrive at a hotel late at night, ask if you can get a discount. Especially if the hotel isn’t anywhere near capacity, they will give you a discount. After all, a little money for them is better than no money at all. Be sure also to check cool hotel apps like hotels.com.

Top tip: Some states have lower taxes than others. So if you’re taking a road trip, consider reaching a lower income tax state before bedding down for the night. It can save quite a bit of money. I used to do this when I scheduled trips for students when I was in college.

Grocery prices stay remarkably similar through the United States. Restaurant prices vary drastically based on the type of neighborhood/venue you’re in. Just like in the UK. A top tip would be to eat groceries like a local. No matter what city you’re visiting, you can find low cost, healthy foods to bring back with you to your hotel.

America is massive and there aren’t really any ‘discount’ air carriers. Don’t get me wrong, there are low-end airlines, but prices by airline don’t vary too drastically. There is no Ryan Air in the States. This means traveling via plane is expensive. But there aren’t really any alternatives. Renting a car means a lot of time and fuel. Most people rent cars if the distance is less than 300 miles. If it’s more, they will usually fly. Don’t try to drive more than that – especially out west. There are many places so baren you can’t even get a signal on your mobile. Sat nav doesn’t work in some places either. There’s still a lot of the States which are pretty much uninhabited. Don’t underestimate the size of the States.

The US Isn’t Too Different