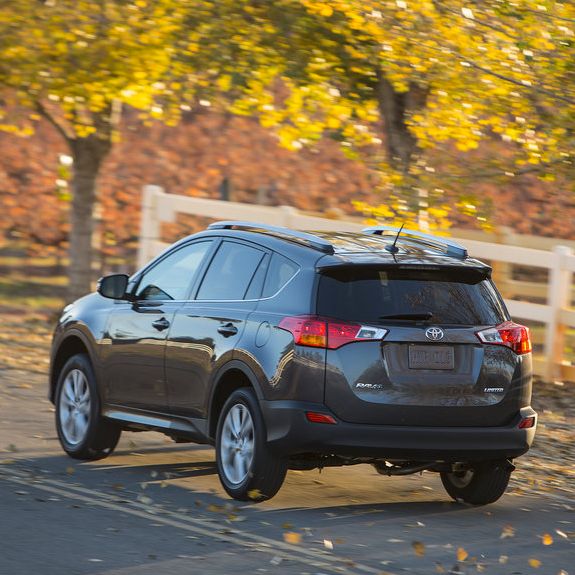 Buying a car can be stressful even for those who are fortunate enough to be able to buy outright, but if your only option is to finance the purchase and you have bad credit, it can feel like you’re trying to break down a 10ft brick wall with your bare hands.

However, having had the opportunity to quiz a number of people who have bought a car with bad credit, there are a number of clear lessons that could benefit anyone in a similar situation.

Lesson 1: A specialist broker might be your best option

One things’s for sure, if you have bad credit, you can forget about banks and mainstream lenders, but all is not lost as there are more specialist lenders than I care to count. Such lenders review applications on a case by case basis so missed payments and defaults aren’t necessarily a big deal.

However, given the number of lenders and the varying approval criteria, you could quite easily spend hours and hours investigating them all and even end up making multiple applications resulting in multiple rejections. According to uSwitch the latter could effect your credit score, leaving you in an even worse position that when you started.

That’s where brokers come in handy with their in-depth knowledge of the market and approval criteria. A good broker will be able to relatively accurately determine which lender is likely to approve your application before a full credit check is conducted, but there are a couple of things you must consider before using one.

There are dozens of brokers to choose from – There appears to be almost as many brokers as there are lenders, if not more, but there are a few that stand out. Stoneacre is one such broker, they’re well know for their offering of bad credit car finance. However, what makes them stand out above others is the fact that they not only have a panel of lenders, some of which don’t deal direct with consumers, but they also lend their own money.

Broker fees may apply – Some online brokers charge an introduction fee or admin fee, such fees can top £200 and aren’t always openly advertised at the point of making an application for finance. To avoid being caught out it’s important to read all small print, you’d also be wise to ask for everything in writing, including a breakdown of all costs involved prior to signing any paperwork.

Lesson 2: Interest rates and terms may not be what you expected

If you have good credit it’s possible to secure finance with interest rates of below seven per cent, some dealerships even offer 0 per cent deals, but with bad credit the rates are likely to be considerably higher. Some websites quote rates in the late 40s.

To put this into perspective, if you were to borrow £5,000 over 60 months with an interest rate of 48 per cent, your monthly payments would work out at £221 and the totally repayable would be £13,260. That’s more than double the initial lend amount and ultimately means your paying twice what the car is worth today, at the end of the five year agreement it could be worth next to nothing.

However, there is no standard cap on interest rates and finance is now often written on at rate-for-risk basis which means some rates could be even higher. Essentially the rate-for-risk element means that the higher risk you are considered to be, the higher the interest rate you will be offered.

It’s worth noting that the level of risk you pose also effects the amount of money that a particular lender might be willing to lend you for the purchase of a car.

Lesson 3: Your choice of cars is somewhat dictated by the lender

We all love choice, right? Unfortunately for those with bad credit choice is not so easily come by. From the type and age of a vehicle to where you buy it from and even how many miles it has on the clock, most specialist lenders will impose specific restrictions.

Perhaps the most frustrating, irritating and down right annoying is the fact that most lenders will only loan you the money to buy a car from an actual dealership, ruling out the many hundreds of thousands of cars listed for sale by private individuals.

Lesson 4: You probably shouldn’t buy a car with bad credit

It’s all to easy to be blinded by the idea of having a nice shiny car and all the opportunities it could open up, but it’s important to think things over properly and to do some serious number crunching before signing anything.

If you’re considered financing a car, despite having bad credit then you’ve probably already exhausted all possible alternatives, right?

Just to make sure, here’s three that you should definitely consider before applying for car finance with bad credit:

Ask family or friends – Could a close friend or family member lend you some money to buy a car or even help you get about whilst you save for a car? (see save now, buy later).

Buy a run around – If you’re suffering from bad credit, but you’d rather have no car than a rusty old £200 shed on wheels then you’re probably buying a car for all the wrong reasons. Granted, saving a car that would probably otherwise be destined for the scrap yard can sometimes bring reliability issues, but weighed up against the cost of financing a car with bad credit, it’s got to be worth a consideration.

Save now, buy later – Although this will mean going without a car until you’ve saved up enough money to buy one outright, having the cash to pay the full purchase price in one hit means you will only pay what the car is worth. Of course, this isn’t a realistic option for everyone, what with the need to have a car in order to commute to work or to get the kids to and from school on time.

A compromise might be to rely on a mix of family, friends and public transport to get about whilst you save up a percentage of the money required to buy a car, thus reducing the amount you would need to borrow. The interest rate would likely remain the same, but as you are borrowing less, the total amount of interest payable will be lower.