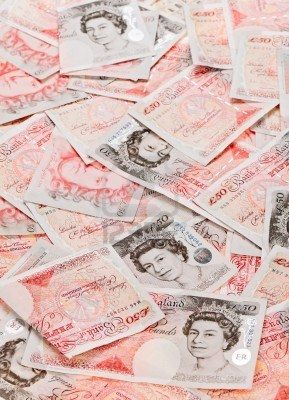 With the UK economy finally getting back on its feet after the economic slump that plagued most of the last decade, it’s time to start making your money work for you. According to data supplied by HMRC, as many as 16 million Britons already had a cash ISA back in 2014. To join that increasing figure and get the most out of your savings, you might want to look into opening up an account of your own.

However, there are a number of different factors to consider when deciding whether and with whom to open a cash ISA. Before you commit to paper, read through these ten factors you should take into account when making a decision.

While it’s tempting (and easy) to simply open an ISA with your existing bank, you should definitely shop around in order to get the best deal. Many banks offer attractive rates to entice new customers, only to allow them to drop after a certain period. Keep an eye on the going rate and ask around to see if it can be beaten.

Compare with stocks and shares

In 2014, a single allowance was introduced for both kinds of ISAs (cash and stocks and shares). This means that you can divide up the total allowance (currently standing at £15,240) between the accounts and transfer your assets between them freely, as well. This handy ISA calculator will allow you to see the difference between investing in a cash ISA as opposed to a stocks and shares one over a 20-year period.

Fixed-rate ISAs are always going to offer the best interest rates – but signing up to them does involve waving goodbye to your money for a prolonged period of time. Calculate how much you can safely invest in an ISA without accessing it, as well as assessing whether interest rates are likely to rise above the fixed offer in the coming years.

Many banks will give special deals to existing customers which aren’t available to those who simply wish to take advantage of a higher interest rate. Shop around and look out for loyalty deals; sometimes, qualification for these only involves paying in a fixed amount for a few months.

… but loyalty isn’t the be-all and end-all

Don’t feel you have to stick with an ISA just because you have a current account with the bank. Unless it’s a fixed-rate account, you’re free to move your money whenever you wish to take advantage of deals elsewhere in the market.

Let your bank handle the transfer

If you are planning on transferring funds from an active ISA account to a new one, it’s prudent to let your bank organise the transfer. This will ensure that all of the assets you’ve accrued to date remain tax-free and out of reach of the taxman and HMRC.

Having said that, withdrawing the funds and breaking the golden rule can sometimes pay. Bear in mind that bank transfers can take up to 15 working days to process, which in real time (including weekends) could be as much as 21 days of the year. Particularly if your bank refuses to accept transfers from previous ISAs, withdrawing could pay dividends.

If it so happens that your chosen bank is one with whom you have saved in the past, it might simply be a case of reactivating the account. However, you should be aware that this takes some time to achieve and that you cannot begin to save until it has been completed, so don’t leave it until the last hour to verify that the reactivation has been accomplished.

Your allowance will rise in 2017

Use up as much of your allowance as possible

Though the increased allowance means that you can now lock away more of your assets from the taxman than ever before, it might make using up the entire allowance a tall order. However, it makes prudent financial sense to use up as much of the allocated amount as possible, since you’ll simply be earning tax-free interest on a higher amount as your nest egg snowballs.